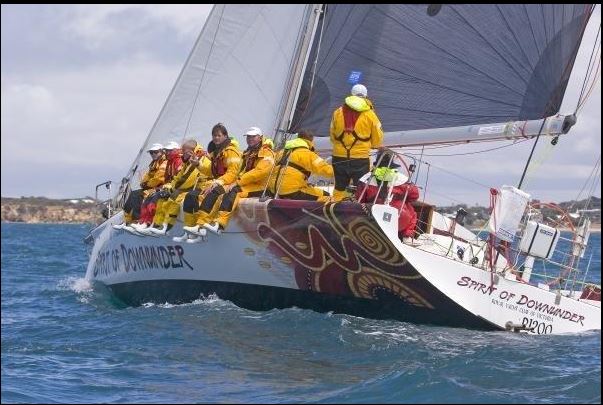 Laurie Ford will compete in the M2O 2018 with his son Tim on his Cameron de Lange 12m yacht. This will be Laurie’s third M2O. The first one was in 1999 with Peter DeLange as co - skipper and the second was 2013 with Tim.
Laurie recalls that the first one took 36 days mainly due to hitting a Sunfish off Sydney Heads when surfing with 50 - 60 knots up their stern. On becoming becalmed in the Coral Sea , they found all the fibreglass fairings around the steel sub structure had been destroyed as a result. They still managed to win their Racing Division C for yachts of 10 to 12 metres, which included a day stop at Lihir Island to try and fix the alternator which had died due to overheating. The Diodes had melted in the heat.
Laurie’s experience (and age!) will be hard to beat in 2018.