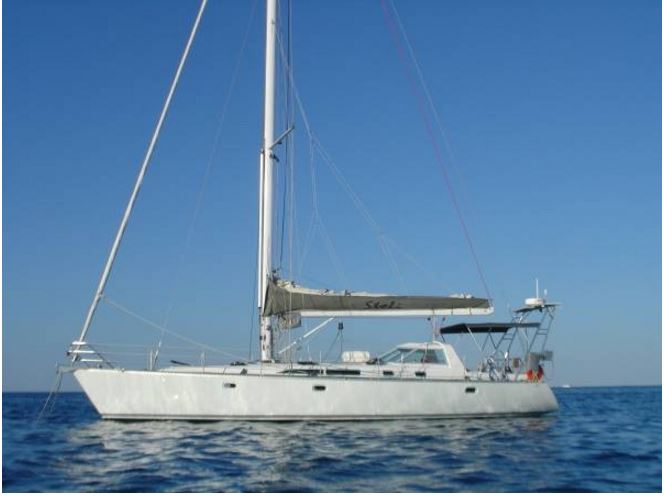 Michael Reinehr (58) will skipper, and Nathan Anderson(26) will co-skipper Tatou Miti in the M2O 2018.  Tatou Miti, meaning ‘Our Dream” in Samoan is appropriately a Van der Stadt Samoan 48 owned by Michael.  Both men are instructors at Sandringham Yacht Club, and were attracted to the challenge of the race as well as  the personal challenge.   Racing credentials for this team include Sydney and Melbourne to Hobart races, Melbourne to Vanuatu, and Adelaide to Port Lincoln.  They have both also undertaken a number of long haul deliveries.  Nathan has enjoyed three seasons of sailing around Thailand, the Caribbean, Croatia and Greece.  Michael cites a special moment for him being seeing the sunset and moon rise at the same time whilst sailing across the Coral Sea in the Vanuatu Race.

When asked about a scary moment they had experienced, Michael replied:  “snapping a mast in the Sydney to Hobart” race; while Nathan’s scary moment was telling his mother that he is planning to sail to Osaka!.  Nathan is looking forward to sailing south to north across the equator into a completely new culture and destination he has never been to before;  while Michael is looking forward to arriving in Osaka and still being friends with his co-skipper!.