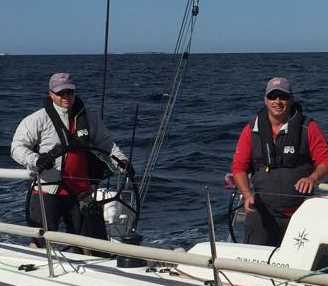 Todd Giraudo and his co-skiipper “Dubbo” (David White) will be taking a cake with them to enjoy on the way to Osaka to celebrate Dubbo’s 50th birthday.  Named after Kraken, the black, spiced, Carribean rum which bears the motto “I swear to be of drinking age and strong of nerve” which appealed to Todd for its unique bottle and great taste.  She is a Jeanneau Sunfast 3600 and big sister to “The Edge” (the first Kraken, and a Sunfast 3200, also competing in the 2018 Osaka Cup).  Kraken is also a mythical sea creature.

Both from Western Australia, Todd (Albany) and David (Esperance)  they belong to Hillarys Yacht Club. Todd was keen to get involved in double-handed offshore sailing  and Dubbo had crewed with Todd on previous larger boats.    Dubbo was very impressed with the Sunfast 3200 when he participated in the 2008/09 Transquadra .  The first Kraken [now The Edge] was launched in May 2011 and Dubbo has been co-skipper since.  With Jeanneau announcing a new, larger Sunfast in the 3600, the new Kraken was delivered to Sydney and displayed at the Sydney Boat Show in July 2014.  Following a successful 2014 Sydney to Hobart race, the boat was trucked back to Perth after a delivery sail to Melbourne.  Kraken sails in all the Blue Water events in Western Australia

Kraken is set up for short-handed sailing and well suited for the race. Time, money and opportunity allows the team to “have a go” at the longest ocean race that starts in Australia – the Osaka Cup.  Both men enjoy the challenge and simplicity of double handed racing.

Todd’s has 20+ years of blue water sailing experience in Western Australia and elsewhere, including the 2014 Sydney to Hobart and with Dubbo has 6 years double handed blue water racing in WA – being the first to compete in all WA blue water races double handed.  Dubbo can also boast a Fastnet Double Handed in 2009.  The duo are entered in the Fremantle to Bali race due to start on 6 May 2017.

Todd’s special moments include  the start and finish of the 2014 Sydney to Hobart;  and finishing the Fremantle to Albany race double handed 2015 including rounding Cape Leeuwin.  Hanging off a wire [trapeze] as crew for his father on a Quickcat going through a wave at the age of 9 stays fondly in his memory.  Dubbo on the other hand cites finishing a race and the 20th rum as his special moment!.

On the opposite side of the emotional scale, Todd rates hallucinations when really really really tired as “a bit interesting…so too driving while a sleep – just never sure for how long”.  Dubbo, nearly run over by a ship off the coast of Spain in the Transqaudra, reckons that was pretty scary.

Both competitors are married to partners who, while not sharing their love of sailing, support their passion.   Upgrades to the boat for the race include a watermaker, satellite dome, Watt and Sea Hydrogenerator;  lithium batteries and a second alternator;  AIS man overboard transponders and a new laptop with latest version of Predictwind.

In the 2014 Rolex Sydney Hobart race, Kraken was awarded the Battery Point Trophy for 1st smallest yacht and 1st in the Double Handed division in that race from 2013 – 2016.  This team will be working hard to maintain that success. 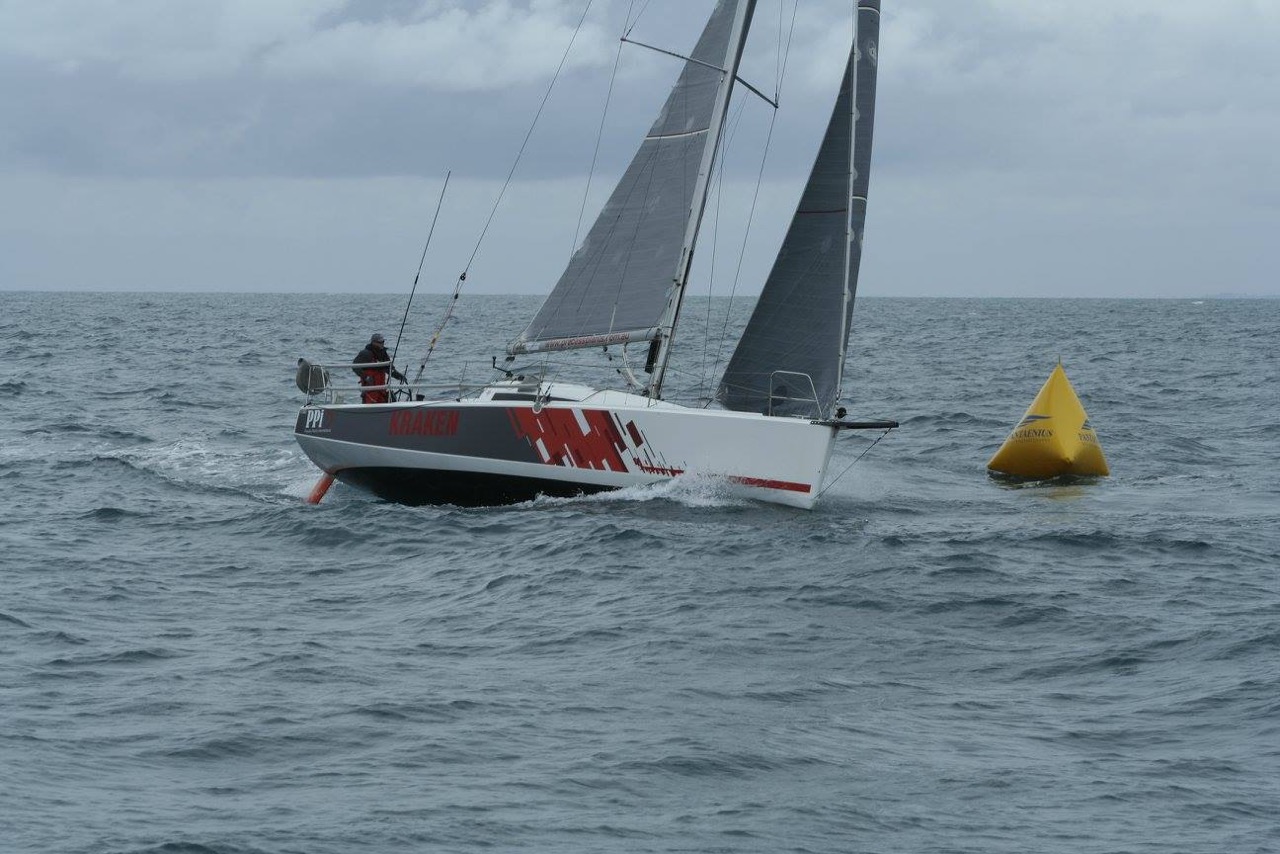