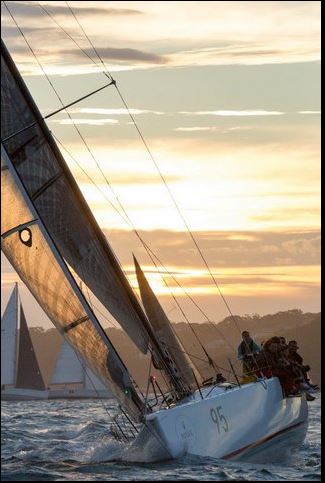 Sibby Ilzhofer competed in the 2003 Osaka Cup on Funnel Web a Hick50, with her then husband and co-skipper.  Now the skipper of her 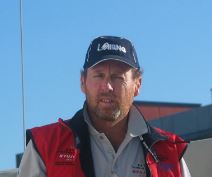 own yacht – a Farr Cookson 47 – Sailing out of Newcastle (NCYC) and Sydney (CYCA) at Rushcutters Bay, Sibby has announced that Jon Sayer – four time competitor in the Osaka Cup - will join her in 2018 as co-skipper/adventurer.

Sibby’s sporting interests early on in life included skiing – proudly serving as a ski instructor and volunteer ski patroller -  and other passions including diving, cycling and canyoning.  But once she turned to sailing in 1996, she was hooked. Sibby has undertaken numerous off shore adventures since 2000, mainly passage races along the east coast, sailing out of the Cruising Yacht Club of Australia, where she has accumulated quite a few miles over the years. She often sails solo, to deliver Dare Devil to the start line of another race, enjoying both the challenge and the solitude. Her first major race on Dare Devil was the 70th Rolex Sydney to Hobart in 2014, where she won the Jane Tate Memorial Trophy for being the first female skipper across the finish line; being one of only 3 female skippers of 117 contenders in the race.  Whilst the learning curve has been steep on this very competitive boat, and the challenges have been many, Sibby is determined to show, that one can overcome all challenges to follow a dream, and one can achieve whatever we set our heart on; irrespective of the hurdles we may have to overcome.

Jon lives in Mooloolaba and is a very accomplished boat builder and designer.  His wife and family are very supportive of Jon heading off to Japan again.  He thinks that is because they are hoping he will come unstuck and they can collect their inheritance early!   Jon’s passion for the race is based on his desire to visit the nicest race of people in the world - and to lose weight on the way!!!  He is very proud of his 6 kg loss in weight in the 1991 race.  Jon’s wife Dianne will act as the team’s shore manager, having been involved with the race over Jon’s journey.  Sibby is looking forward to what this team can achieve in this race, and looking forward to working with Dianne.

An avid fisherman, Jon will have some opportunities to put out a line on the way to Osaka.