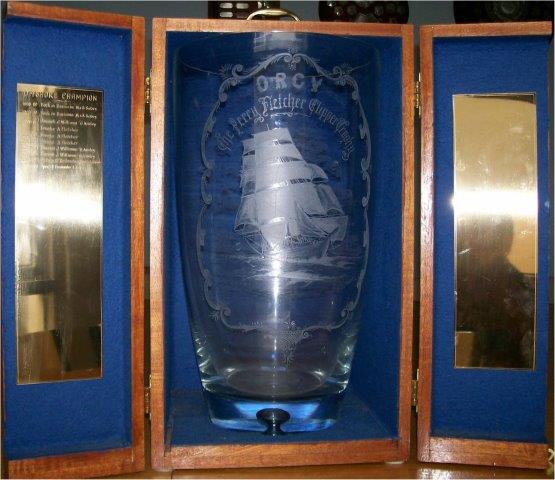 The ORCV Offshore championship is scored using each boat’s best 4 measurement handicap results in Unrestricted Monohull Division races. In summary each yacht scores points under a system which is driven by the number of boats beaten over the finish line with a weighting which reflects the assessed difficulty of the race.  The skipper of the yacht with the highest number of points is the Offshore Champion.

With the cancellation of the Port Fairy Race, 5 boats are in serious contention. Each has completed only 3 events in the series so all races will count -  no “drops”.  This is a particular problem for Alien which had good results in both the Westcoaster and King Island events but a disastrous Stanley race coming last in all Divisions due to a major navigational error.

Its anyone’s championship. With an expected 28 starters and light conditions, one tactical error could well cost a skipper 7 or 8 places (6 points)  while the points difference between Maverick and Soiree Blue is only one place !