Do you know what an inadvertent beacon activation (IA) is? Have you ever experienced one personally or observed one on yachts you hIve sailed on? Equally, and as importantly, have you seen articles from Australian Sailing on Digital Selective Calling (DSC), followed by Accidental PLB Activation along with an article written by MAST published in Boatwise, Monitoring VHF Radio and False EPIRB activations? Chances are the answer is NO!

Over recent years significant effort has been invested by AMSA, Australian Sailing, and others to raise awareness of issues leading to inadvertent activations and the costly implications when one occurs.

During last December’s marquis races CYCA’s Sydney to Hobart and ORCV’s Melbourne Hobart "Westcoaster" there were more than a dozen IAs. How can there be so many false alarms in our top line races with the cream of ocean racing crews participating? If these yachts cannot sail free from false alarms what hope is there for lesser calibre racers and cruising yachts?

The inadvertent activations resulting from racing or returning from these events had major ramifications. You will all be aware that line honours in the Sydney to Hobart changed on protest. Another yacht required an aircraft flyover to verify the vessel was safe. In both instances the cause of problem was noted as not maintaining proper radio watch. In fact, their radio watch would not have been an issue had they had not had an inadvertent activation of a PLB on board requiring AMSA to contact them.

In January this year the ORCV established a Special Investigation Group to investigate the causes of inadvertent activations of PLBs, EPIRBs, DSC, and AIS MOB during the December races and, more broadly, in past ORCV races. A significant number of yachts were investigated in detail. Some of the PLBs involved were sent to ACR in the USA, for testing. AMSA provided significant data and insights on these incidents.

The ORCV SIG Report has been released with a copy found here. It makes significant recommendations to reduce inadvertent activations. The current methods marketing the topic to yachties has not worked and we need to change the situation. Clearly, those who need to hear the message are not getting it! 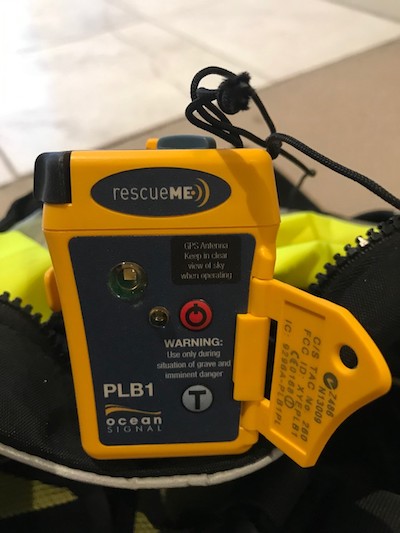