ORCV has launched a new Cat 3 Coastal Sprint Series in support of a growing fleet, and in response to skippers wanting more Category 3 races. The three-race series starts on 23 November with a Westernport return race. Race 2 is slated for 15 February and Race 3 for 10 April. All races are approximately 50nm, starting from Queenscliff and finish at Portsea back beach.  In addition, West Offshore Products has signed up to be the naming sponsor for the series.

The Series is a textbook training platform when combined with the popular Apollo Bay Race. Recognising a gap to be filled, ORCV conducted extensive research with Category 2 boat owners. A lot of these owners and their crews are on the fringes of considering Category 2 offshore races, which requires training, skill, confidence and investing in equipment. 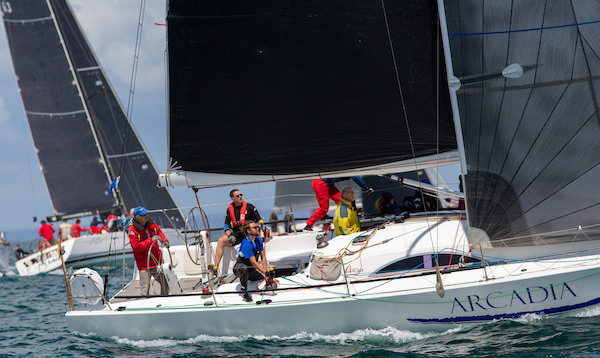 For Peter Davison, owner of the Archambault 40 Cruiser/Racer, Arcadia, the Coastal Sprint Series is just what the doctor ordered and could not have come at a better time. "I've got some seasoned crew and some less seasoned crew. I'm trying to fast track them into a fully seasoned team for offshore races, including this year's Sydney Hobart," he says.

"We're also doing some Bay races, but the Sprint Series gives you longer races and racing on the ocean. The point is, we are a crew and need time together understanding each other's strengths and weaknesses and understanding how the boat works. The other thing is, I just like racing, so training and team building aside, we do as much racing as we can because we love it," says Davison.  More information