A Growing Fleet Are Challenging this Weekend

Coastal sailing is growing in popularity with twenty-four entrants signed up to join the fleet on Saturday, April 24th.

Pegasus (SM0369) skippered by Andrew and David Lynch have “enjoyed the races to date, a great initiative” allowing them to expand their experiences with David passing knowledge and allowing Andrew, his son, to take the lead.  “There’s a very supportive community out there, both with fellow members and also the resources of the ORCV that has helped us along the way to get ready,” said Andrew Lynch. 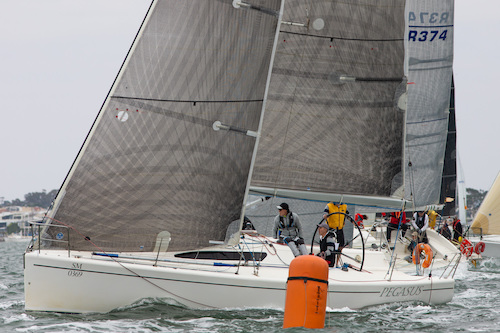 With a daylight start of 9.30 am, the fleet will race from Queenscliff through the heads and will travel to a point before returning to finish outside the heads later that afternoon.

After the first two races being shortened and suffering from light winds, Race 3 has a forecast of 12-15kt of breeze from the West.  This will offer some opportunities for those out there, looking at the coastal series leader board.

We welcome back to the fleet Cadibarra 8, Faster Forward, Skullduggery, Ruyjin and Bundaberg who will join what’s now newer regulars of Foggy Dew, True Colours, Foxy Lady and Hot Chipps.

Taking that next step to Category 3 racing is Magic Bullet (R374) after completing the recent King Island Rally.

It’s a great size fleet with many opportunities for those who wish to be challenged or challenge for Coastal Series and Offshore Championship points.  After the second race of the series, Pegasus is leading (based on AMS) with 12 points although there are a number of challengers within points.

“We enjoy the Coastal Sprints as they allow for us to practice and build as a team whilst enjoying a different style of sailing out on the ocean,” explained Cyrus Allen Skipper of White Spirit (R500).

With this strength in fleet size, we expect a record number of entries for the 68th race to Apollo Bay on May 22nd.  It’s likely that Apollo Bay results when added to the series will determine both the Coastal Championship and Offshore Championship. 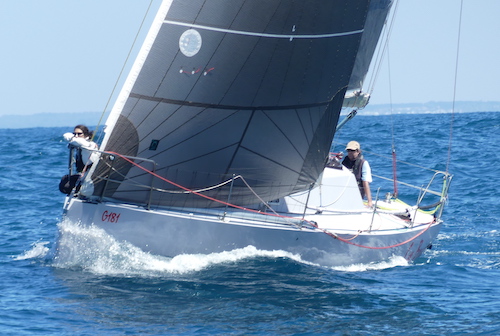