Tony Hammond entered the ocean racing scene this past year, having bought ‘Maverick’, a Sunfast 3600 to sail it shorthanded.  Tony takes out the 2020-21 West Offshore Coastal Sprint series and also the 2020/21 ORCV Double handed Championship. 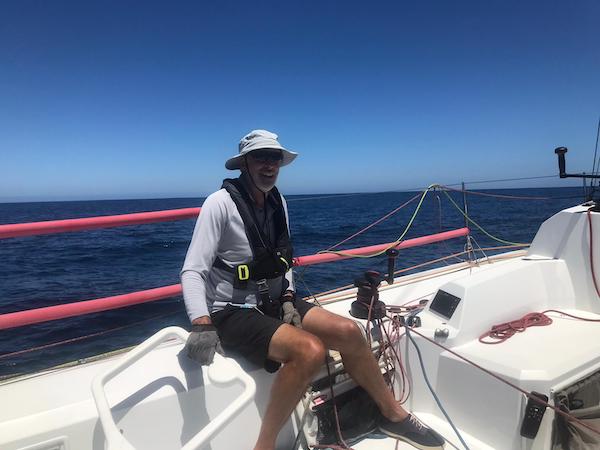 He’d been watching the rise of the Sunfast 3600 and how well they had performed with the Fastnet race.  Tony explained he saw the boat as “well setup for short handed racing, a perfect mix for racing and cruising, with the twin rudder making the boat more manageable in tricky conditions.”  Having sailed dinghies for most of his life, Tony said “ He bought Maverick with a romantic dream of it being an oversized dinghy and sailing shorthanded with up to 4 crew.  It just felt familiar.”

“I hadn’t done a lot of ocean racing and it was Maverick’s prior owner Rod Smallman who convinced me to give ocean sailing and sailing double handed a go.” explained Tony.  “It takes a lot to sail double handed and having Rod with all those sea miles and experience was just brilliant to help settle my sea legs in.”

“I’d come from windy Wellington in New Zealand and so I had a great respect for what the sea could ‘dish up’. “ Tony went on  “Having sailed now some longer races such as Port Fairy, the West Offshore Products Coastal Sprints were my favourite races of the season, with a good-sized competitive fleet which didn’t spread out too far like other races, ideal conditions and length allowing us to be home that night.”

Tony finished up by saying “he’d wished he’d tried double handed saiiing 20 years ago” and has his eye also on some longer ocean races now too. 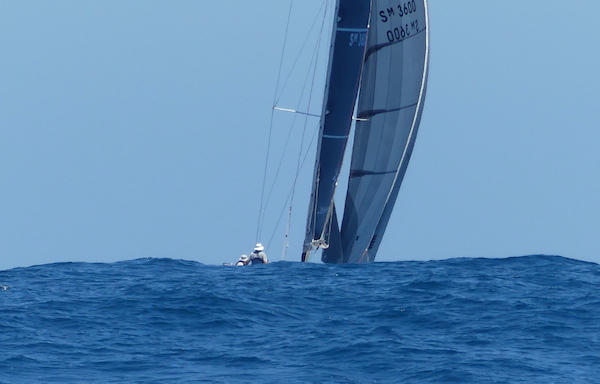