Under clear blue skies and with Melbourne’s Port Phillip bathed in sunshine, a record fleet of 112 yachts, carrying 618 crew, set sail on Boxing Day in the Ocean Racing Club of Victoria’s annual Cock of the Bay race.

Paul Buchholz’s Cookson 50 Extasea took line honours, ahead of Gerry Cantwell’s Marten 49 Carrera S, which led the fleet across the start line off Port Melbourne at 10.30am. Extasea took the gun at the Mornington Yacht Club on Mornington Peninsula four hours and two minutes later.

In the handicap divisions, Ari Abrahams’ Xpresso did a rare treble, winning Division 2 on IRC, AMS and PHF. Abrahams and his crew also recorded the fastest corrected time across all divisions in both AMS and IRC. 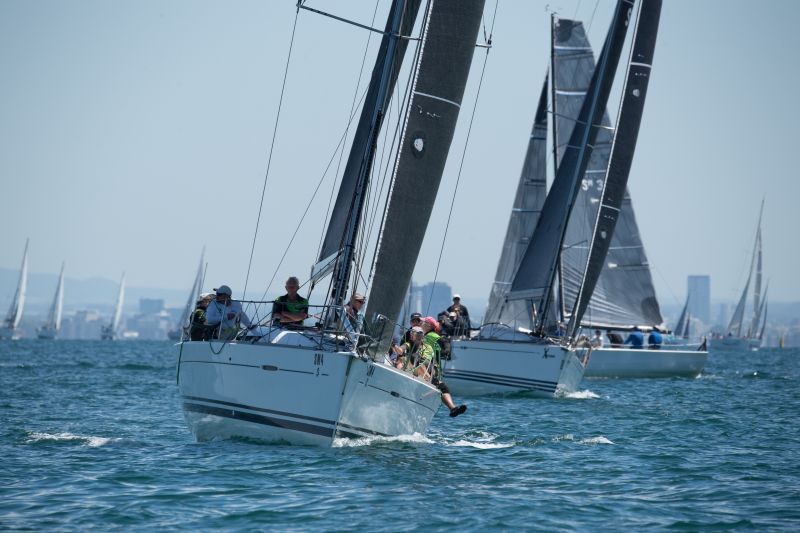 Michael Ebeling, owner and skipper of La Mer, a 36ft Dufour, echoed the sentiments of the whole fleet when he spoke by phone from the middle of the racecourse. “We’re absolutely loving the race. Sailing in 10-12 knots of breeze close to shoreline with nine crew on board, including son Charlie and daughter Georgie. There’s nothing better than, after being with family and friends on Christmas day, getting out on the Bay, enjoying a great sail on Boxing Day. After the finish we will continue sailing to Sorrento to enjoy our summer holidays."

With a light northerly blowing during the morning, most of the fleet hoisted spinnakers, creating a spectacular picture for residents and visitors on the Bayside shoreline.

Media boats and news helicopters followed the fleet as they enjoyed the benign conditions, but Mother Nature decided it was time for the crews to work off some Christmas lunch. As the sun passed over the proverbial yard arm, a moderate southerly filled in, causing the spinnakers to be dropped and mainsheets to be tightened.

However, as most of the fleet had anticipated the change and had hugged the eastern shoreline, they were able to sail along the rhumbline, rather than tacking continuously into the wind. 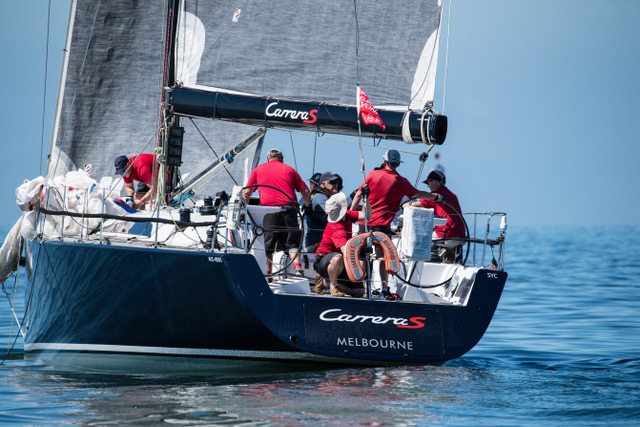 Tomorrow morning, 22 of the yachts will again be under starter’s orders as they set off on the ORCV Rudder Cup Race from Portsea to Devonport, in Tasmania. Once again, the forecast is favourable, with northerlies in the morning to propel the yachts out of Port Phillip before a south-westerly change should allow the leading yachts to beam-reach all the way across Bass Strait, putting the race record under threat. 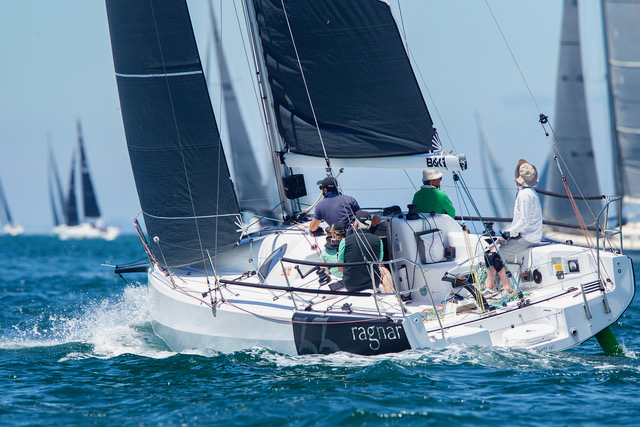 All calm on Ragna during the 2020 ORCV Cock of the Bay. Photo Steb Fisher

However, the back-markers will be hoping a severe weather warning, issued by the Bureau of Meteorology, is ultimately downgraded. Winds of over 40 knots are expected to hit elevated areas of Western Victoria before moving across Melbourne on Sunday night.

Further information: Tim Boucaut This email address is being protected from spambots. You need JavaScript enabled to view it. Mobile 0488 667787