The passion for short-handed sailing is well alive in Melbourne sailing scene with James Russell on his Adams 10 yacht, Surprise (SM63) being crowned overall winner in the Ocean Racing Club of Victoria (ORCV) Carnival of Short-Handed Sailing.

With a revised course and allowing both double handed and 4+ autohelm boats to compete individually and also in teams, brought thirty-three entrants to the start line on a glorious Autumn day in Melbourne. 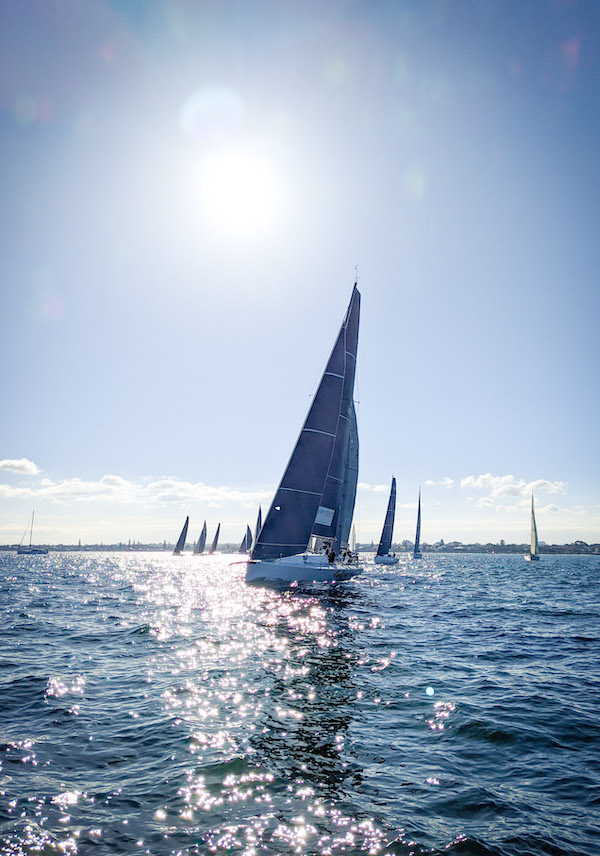 Cadibarra 8 in the lead all the way.  Photo ORCV Media

With a light westerly breeze of 8 – 10 knots and clear skies, Paul Roberts, Jones 42 ‘Cadibarra 8’ (SM420) lead the fleet through the first gate and held this lead taking line honours, just over two minutes ahead of Alex Toomey’s, Sayers 12 ‘Ryujin’ (1570).

“We are getting better at the double handed sailing” explained Alex Toomey from Ryujin "It truly was a carnival out on the water with such a large fleet of double handed sailors supporting the race.” "It was amazing to be out the back in the spoil ground and drifting with two other skippers who had all competed against Ryujin in the epic 2007 Melbourne to Osaka double handed race and able to have conversations across the water about the great double handed Osaka race.”

Somewhere around leg two and one and half hours into the race, the race management heard the murmurs from those “parked” just off Sandringham Yacht Club not going anywhere that maybe the “golf course looked like a better option for the afternoon” before Tevake II made the first call after being hit by a “sunfish” and needing to check out their boat back in the marina.

Conditions were perfect for the lighter faster racing yachts as demonstrated by James Russell, skipper of Surprise. With boats able to win the race based on their individual result or competing for the Entire Teams Trophy urged many to continue in their search for wind to finish and winning in the team trophy. 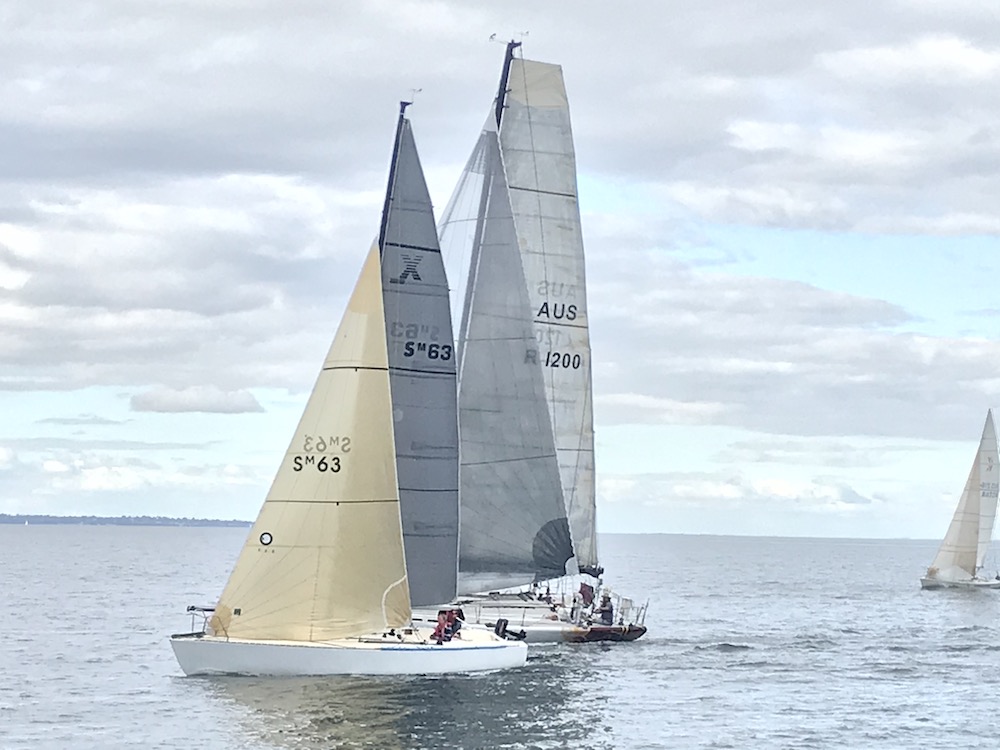 “With so many boats, we knew the pin end was going to be popular at the start so we headed to the less popular boat end.” explained James. “The other Adams 10 yachts had a better start and rounded the first gate well before us. “With each leg, saw our main competitors Executive Decision and Salamander III duel for the lead. The decision to sail further west when reaching the spoil ground paid off, finding that extra wind which pushed us to the finish.”

James last won this race in 2000 together with co skipper Ralph and went on to say "he was chuffed with the win and had done this without water ballast, auto pilot, electric winches, and instruments (due to a flat battery) and achieving this great result in a near zero carbon day.”

As with all ORCV offshore and inshore races, you can win the trophy sailing short-handed. The 68th Apollo Bay race on May 22nd is shaping up to be another big one with a record fleet size of 40 entries including a number of short-handed entrants. Entries are still open via the ORCV website.

Special prize for Maverick, being longest time out on the water.