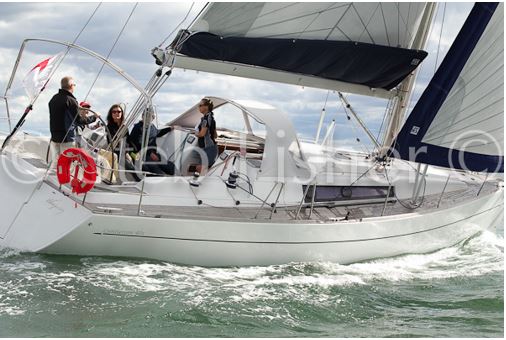 Meltemi SYC is a Wauquiez Centurion 40s built in 2006. It was brought to Australia in 2009 and acquired by present owner in 2011. Since then co-owners Ian Howarth and Lyn Boulton have raced and cruised extensively along Australia's East coast between Sydney and Hobart and around Bass Strait.

Meltemi SYC has won numerous trophies and races at Sandringham Yacht Club and in Tasmania at Bellerive YC.

Meltemi SYC is well suited to the M2O race. One of the most popular racer/cruisers ever built, with many completing global circumnavigations in comfortable cruising style.

But its race-winning form is well acknowledged around the world and Meltemi certainly caused a surprise when she arrived at Sandringham.

While starting sailing only 13 years ago Lyn Boulton has rapidly embraced the sport. Lyn has crossed Bass Strait several times in Meltemi and on other yachts and has sailed The East coast from Sydney to Hobart and return several times. She recently helped deliver a yacht from Melbourne to Airlie Beach in Queensland and with Ian competed in Airlie Race Week.

Ian Howarth has extensive ocean racing experience. His first ocean race, when he was 18 circumnavigated Tasmania from Melbourne. He has sailed in many Sydney to Hobart and Melbourne to Hobart races and dozens of ORCV organised Bass Strait races. Ian also competed in first the Darwin to Ambon race and while living in Darwin, in numerous Northern Territory ocean races as well as the 1988 Bicentennial round Australia race. 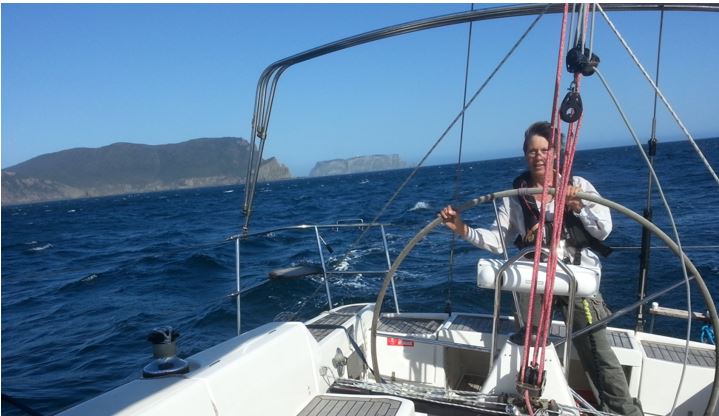