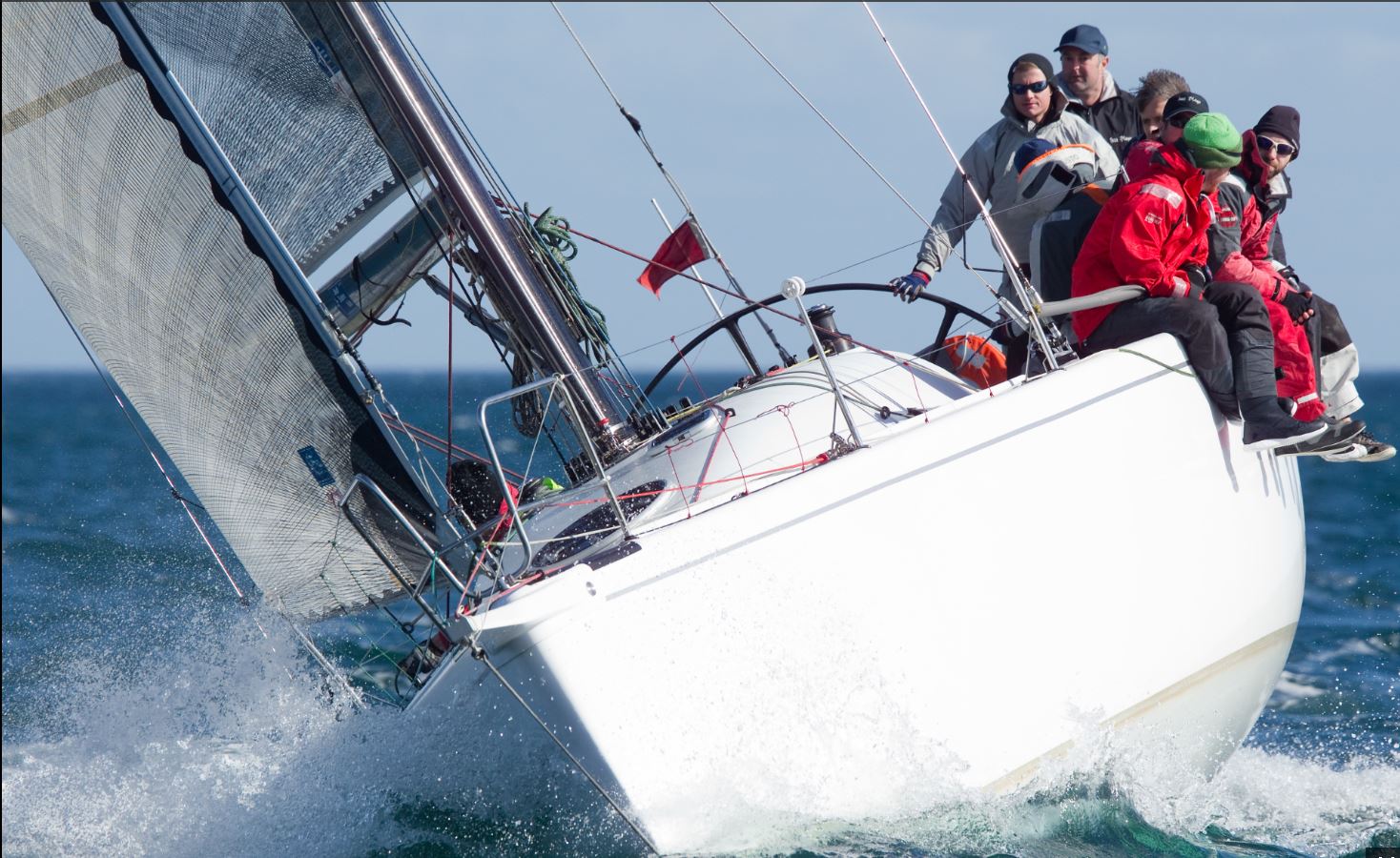 Jazz Player was the name given to her by New Zealand based original owners Philip & Kim Bratton who first commissioned the boat back in 2004 where she was based out of Wellington. The Bakewell-White Z39 was the result of a design competition run by Yachting New Zealand to come up with the next one-design cruiser/racer. Upon winning this design competition the first Z39 (Jazz Player) was built by Hakes Marine. Andrew Lawrence purchased the yacht in 2006 where she was berthed at Royal Melbourne Yacht Squadron for many years, but recently resides out of Sandringham Yacht Club.

In May of 2015 the team started a full refit of Jazz player, basically stripping her down to her bare bones and rebuilding everything from scratch, in preparation for the Melbourne to Osaka 2018.  There have been many changes to the boat including a new lighter deeper keel fin, independent twin wheel steering system, whole new interior/internal structure and a simplified electronics package. The sail package has also been changed with the inclusion of a square top main and going to hanks on the jib for easy handling two-handed.

Jazz Player has been campaigned quite heavily out of Melbourne over the years competing in races and regattas such as Melbourne to King Island, Melbourne to Stanley, Hamilton Island Race Week, Geelong Week, Melbourne to Hobart (Line Honours and 1st IRC in 2009), Melbourne to Vanuatu and 5 Rolex Sydney Hobart Yacht Races. 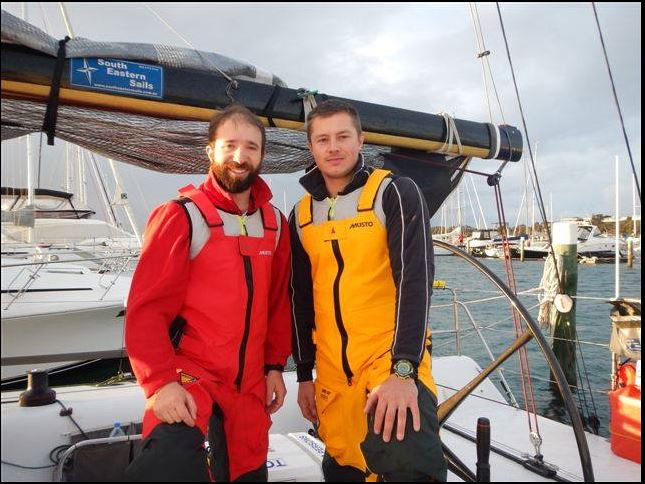 Matt Lawrence (26) right of picture and Matt Setton (31) have been sailing together for about 8 years, but both started sailing in their early teens. By the time they cross the start line, their combined age of 60 will be one of the youngest in the fleet.

Their Osaka plans began at the end of Jazz Player’s unsuccessful Sydney to Hobart campaign in 2012. On the delivery back to Melbourne, talk of 2 handed sailing quickly turned to Osaka, and the ORCV Vanuatu race that was then 2 years away. The Matt’s were the only 2-handed entrant to complete the Vanuatu race (their first offshore 2-handed), placing 2nd on IRC, 1st on AMS and PHS. From then on, it was always about getting to the start line for Osaka.

Both Matt’s have sailed in numerous offshore races (together and separately) including Sydney to Hobart, Melbourne to Hobart, Sydney to Southport, Brisbane to Great Keppel, Brisbane to Gladstone, Adelaide to Port Lincoln and Auckland to Fuji. In all, a combined total of over 30,000nm offshore.

Both Matt’s got into sailing because of their fathers and are the eldest of two brothers, neither of their younger brothers are much interested in sailing.

In the lead up to Osaka, the boys are planning a number of inshore and offshore races and deliveries to test out systems and food, and hone their navigational skills.