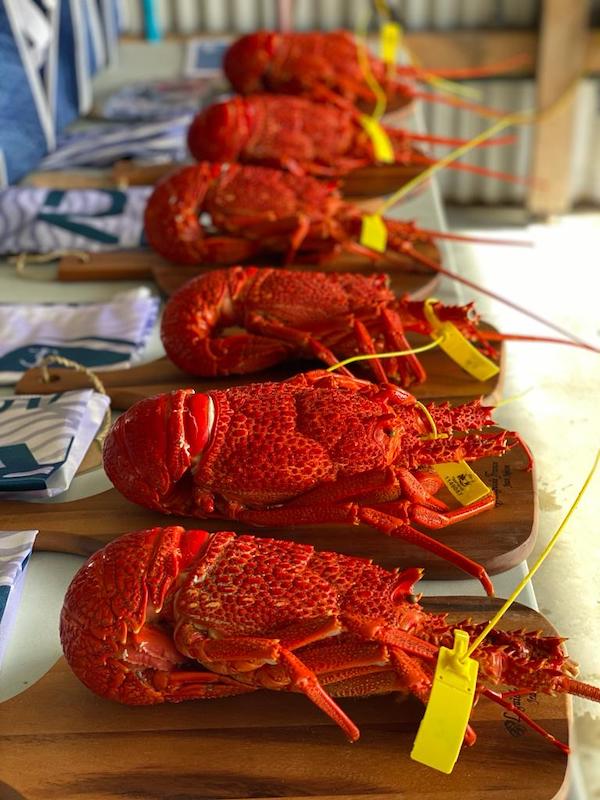 Forty-five entries have so far locked in for the Ocean Racing Club of Victoria’s 50th King Island Race, which starts at 1500 hours on 11 March off Queenscliff, with competitors playing for something far more important than sheep stations – crayfish and King Island cheeses.

It’s a known fact that King Island produces some of the finest meat and dairy foods and is famous for its cheeses. Tasmania also offers the cleanest air on the planet, breathtaking scenery and the renowned warm welcomes of its inhabitants. What’s not to like?

Keen on cracking a cray or two and his own race record of 9 hours 50mins 21secs set in 2014 for the 114 nautical mile race, is John Newbold, the owner of the Reichel/Pugh 51, Primitive Cool, winner of the 2010 Sydney Hobart.

“We’ve been doing some weather modelling, and I know we’re days away still, but it’s showing record breaking conditions. The crays are further reason to win,” Newbold said. “To do the 50th year is pretty special and ORCV does a good job organising it.

“It’s a good little race, usually done and dusted pretty quickly. It’s good to see the race starting in daylight. Usually, it’s a late-night start timed to get through the Heads. We should arrive at Grassy around midnight. Tough for the King Island Boat Club. They do a good job having great steak sandwiches ready for us and a few drinks. They’re very welcoming.

His competition for line honours, the Melbourne yachtsman affirmed, “The canting Cookson 50, Extasea (Paul Buchholz), could give us a run for our money. If it’s light, Hartbreaker (Tony Walton’s Reichel/Pugh 46) could do it.”

Newbold said the boat had been in Sydney until April, and with Covid and some of his crew based in Sydney, “The chances to race the boat haven’t been there. We broke the Blairgowrie race record in July though and we went for a sail Saturday a week ago to blow out the cobwebs. Sudsy (David Sudano) does a great job looking after the boat, so I think we’re in good shape.” 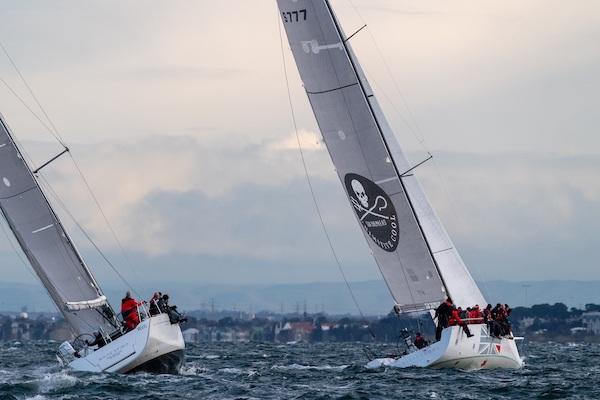 Spirit of Downunder won in 2007 and is among the Four + Authohelm entries. She is owned and skippered by 84-year- old Laurie Ford, whose two sons, Tim and Stuart will be aboard.

There are other capable boats waiting in the wings, including Patriot (Jason Close), Bandit (Ashley Trebilcock), Audere (Josh Thring) and Wicked, Mike and Mark Welsh’s Beneteau 40. Launched in 2009, she placed a close second in the Rolex Sydney Hobart to her sistership and overall winner, Two True that year.

Solera (Stuart Richardson) is the dark horse. The Elliott 1350 Tourer won PHS overall in December’s Sydney Hobart and won the PHS Corinthian division into the bargain. This time though, Richardson will sail in the Double-Handed division.

In keeping the mantra that ‘the ORCV takes you places’, King Island is one of those special place and worth battling through the tides and currents to this place of beauty that offers warm hospitality. 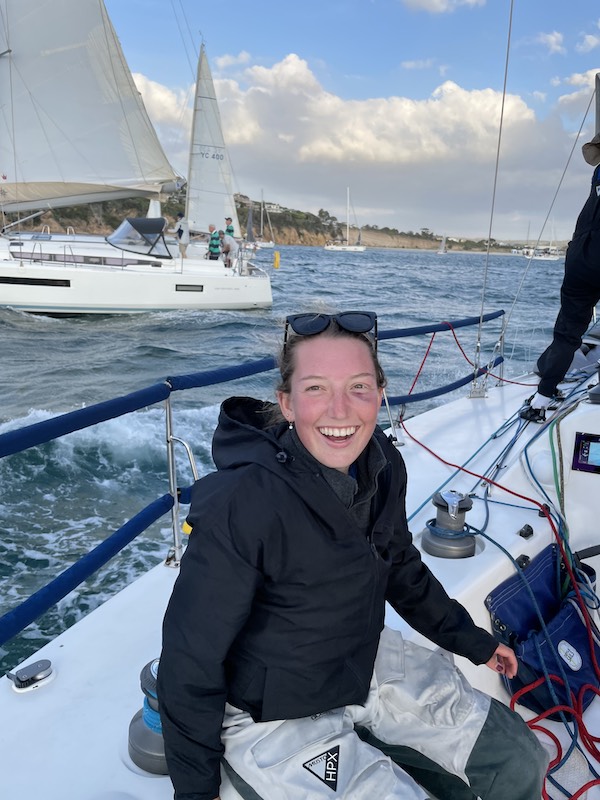 Since its beginnings, sailors from King Island Boat Club have been invited to experience it for themselves, while others, including youths, have thumbed a ride back to Melbourne to gain more offshore experience.

In keeping with tradition, Lily Stellmaker, a graduate of the King Island Boat Club, will be aboard Matt Fahey’s Sydney 38 Faster Forward. She will do the race and the return delivery. The 21-year-old has been in Melbourne training on Port Phillip as part of the boat’s racing crew.

“The ORCV has a key role, as we interact with all the clubs and work to develop strong relationships with the sailing community in Victoria and interstate. As we sail to other clubs and enjoy their friendship and support, we can meld and bring clubs together with unity. The 50th King Island Race is an ideal opportunity to put this into practice,” Commodore Dunoon said.

The King Island Race takes competitors on a course from Queenscliff in southern Victoria, across Bass Strait and to the finish at Grassy Harbour, King Island off the north/western tip of Tasmania.

For history on the King Island Race please go to: https://www.orcv.org.au/kihistory

Follow the race on the Blue Water Tracks race tracker at: https://race.bluewatertracks.com/2022-orcv-50th-melbourne-to-king-island

Rozinante II wins slow dance to Grassy in 50th King Island Race Rozinante II has won a protracted King Island Race from Melbourne to Grassy at the southern end of the Island, while John Newbold’s Primitive Cool took line honours in the time of 1 day, 3hrs 13mins 11secs, well outside the record he set in 2014 of 9 hours 50mins 21secs.   Start with Rozinante II centre stage - Steb Fisher pic - King Island Race Competitors will long remember the Ocean Racing Club of Victoria’s 50th race. On the positive side were the crayfish and steak sandwiches at the end of a...

Weather Predictions 50th ORCV Melbourne to King Island Race The 50th ORCV Melbourne to King Island will get underway tomorrow at around 3pm in a light SW breeze. It's predicted to be light winds for most of the race with some strategy required to avoid the dead patches during Saturday and the top of King Island. Hopefully, most will be in by early evening in time for the band and no doubt they will be ready for that great King Island steak sandwich. You can follow the fleet on the tracker here https://race.bluewatertracks.com/2022-orcv-50th-melbourne...

50th King Island Race: Forget sheep stations – entrants playing for crayfish   Forty-five entries have so far locked in for the Ocean Racing Club of Victoria’s 50th King Island Race, which starts at 1500 hours on 11 March off Queenscliff, with competitors playing for something far more important than sheep stations – crayfish and King Island cheeses. It’s a known fact that King Island produces some of the finest meat and dairy foods and is famous for its cheeses. Tasmania also offers the cleanest air on the planet, breathtaking scenery and the renowned warm welcomes of its...

Final Reminders – ORCV 50th King Island Race King Island has limited health resources so we ask you all to adhere to our hosts' requests as outlined below.  If you are unwell prior to departure, please STAY AT HOME. IMPORTANT: If any crew are exhibiting symptoms of Covid-19 upon arrival, please take a RAT test and stay on the boat.   Masks - Pack them The King Island Boat Club has asked us to wear masks on the tender service and when ordering food or inside the shed. Tender Service The water police are monitoring the event and the boat club have asked that everyone wears a...

50th King Island Commerative TShirt Click here to order https://www.trybooking.com/BXGJB You've done it, been part of it, why not get the TShirt to show it.We will be creating "to order" commerative 50th Melbourne to King Island TShirt / Cap packs for you and your crew.To make it simple, it will be a Shirt / Cap combination as shown. Orders close February 14th 10am.