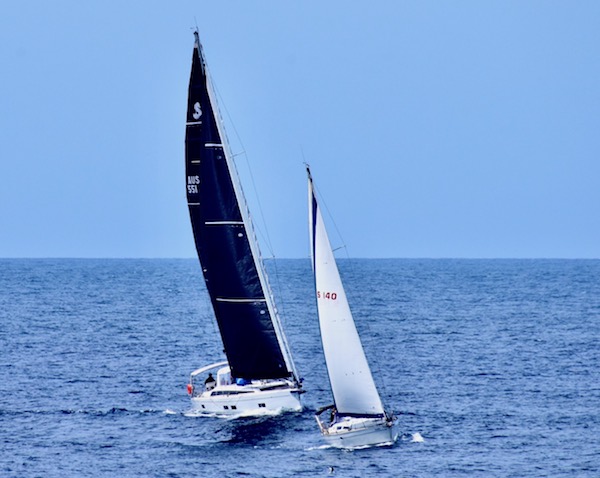 Taking Experience to a New Latitude

Each November, the ORCV offers skippers a short ocean race where each yacht travels through the heads of Port Phillip to a specified latitude before returning. “It’s a race where your handicap determines how far you need to go with the crew then able to set their own course to that latitude. We aim to provide them with the experience to transit the heads during daylight and if we as race management get it right, they all will arrive back again at the heads at the next optimal time” said Neville Rose, Deputy ORCV Race Director.

John Strahan the owner and skipper of Bavaria 44 ‘True Colours, SM444’ says “My wife and I bought the yacht to do both club and ocean races. I’d been on a few Ocean passages many years ago, but only as crew where you just needed to rock up and jump onboard. For my first time as skipper, the Latitude race ticked all the right boxes, with no night watches, less crew and fatigue to manage and a 10.30 start. It’s gentlemen's entry to ocean racing. “

“Yes, there is effort involved to get certified for Category 3, but there’s no end of help if you just ask and so many willing to assist both at our club and through the ORCV. Together with some wonderful friends onboard, we planned the journey to use the boat’s polars, wind prediction software to plot the best course for our boat to the designated latitude. Our boat enjoys a beam reach and from predictions we anticipated a drift in wind direct to the west which gave us at times 11.6 knots on a well sprung broad reach without a spinnaker. It was interesting to see that only Rozinante II and ourselves chose the due south route which just worked for our boat over this shorter course.” 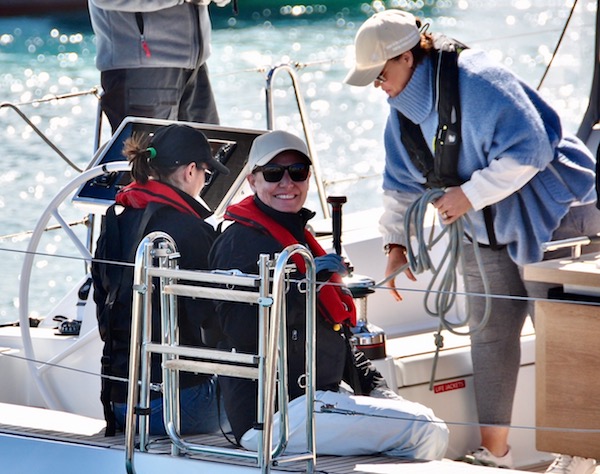 Glenn Fitzgerald, skipper of Oceanis 55 ‘Summer’s Lease AUS551' and participant of the 2019 ORCV Beyond the Bay Course said “We knew we would have a large handicap and would need to travel the longest distance. It seemed that starboard tack would be best strategy for us. During the race we had noticed that ‘’Rozinante II and True Colours’’ tacked to port and missed a large windless hole where the remainder of the fleet including us, were found. The wind eventually built and shifted to push us home at 11.4 knots. As a first-time skipper and with a crew who had never been through the heads, we’re all very pleased with the result, 3rd overall.”

Glenn added, “We’ve all had such an amazing experience being part of the 2019 ORCV ‘Beyond the Bay’ program. No better way to finish the course than with this race being the final stage. As friends that have sailed together for years both on Couta boats in Sorrento and now on our own boat from Martha Cove and Safety Beach, it’s been a great consolidation for all of us for what we thought we knew and so many things we had never thought of. Having ORCV mentors with us at various stages such as the calm and insightful Aidan onboard for our maiden voyage through the heads was very comforting.”

Both John and Glenn have goals to do more ocean racing, starting with ORCV West Offshore Products Category 3 Coastal Sprints with the view to doing the longer Category 2 races to Devonport, King Island, Stanley together with some cruising. 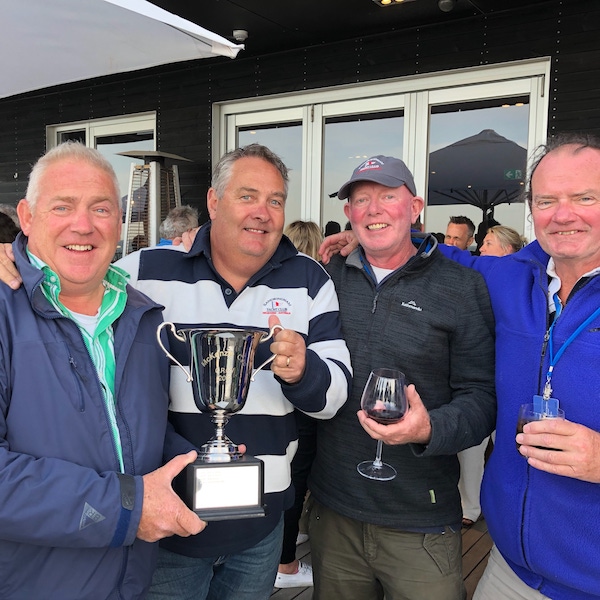 Results for the 2019 ORCV Latitude were:

Full ORCV 2019 Latitude Result can be found here https://www.orcv.org.au/results/2019-20/ and also announced by Neville Rose below.

** Background on Ian McKenzie This Trophy has been gifted to the ORCV in honour of Ian McKenzie OAM, who was an accomplished yachtsman, owned and skippered Supertramp R1080 a Spencer 12.41m vessel.  Throughout the 90’s Ian developed a reputation for taking novice sailors to sea, giving them a taste of Bass Strait and Tasmania.  He is also a Commodore of the ORCV as well as had positions on the Yachting Vic, Safe boating and risk committee as well as being an ORCV Race Director.   This trophy was presented by Greg Clinnick on behalf of the Ian McKenzie family.

^ Geoff “Magga” Bascombe - Novice Skipper Award Is awarded by the Race Directors for the Novice Skipper who stood out from the rest as a result of one or many factors.