'How Bizarre' – a clean sweep in Melbourne to Stanley Race

Lord Jiminy has taken line honours in the Ocean Racing Club of Victoria’s (ORCV) Melbourne to Stanley Race, but the most outstanding result came from the Scott Robinson skippered Seaquest RP36, How Bizarre, which pulled off the rare triple of IRC/AMS/PHS overall wins.

Since her arrival in Melbourne, the Scott Robinson skippered How Bizarre, which represents Royal Melbourne Yacht Squadron (RMYS), has scored a multitude of victories and places. 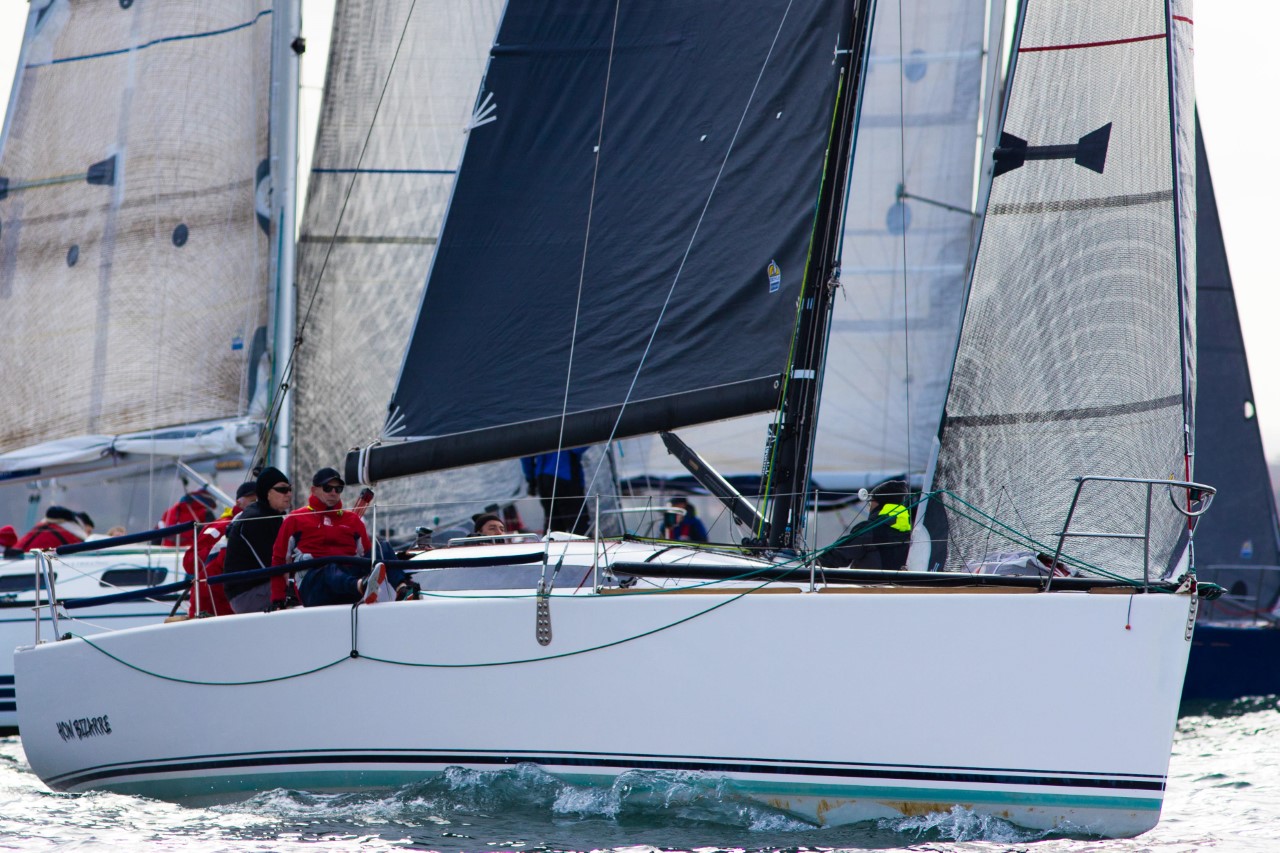 In a double coup for RMYS, Guillaume Leroux’s Lord Jiminy claimed line honours. Leroux was particularly happy with his boat’s performance, as he was sailing ‘Four + Autohelm’, meaning skipper, three crew – and the autohelm. His experienced crew included some with Transpac and Melbourne to Osaka races behind them.

“The first part of the race we did in 20-25 knots upwind to get out of the Heads; it was very challenging,” Leroux admitted. “We had a very conservative start, because we didn’t want to get into any trouble. Outside of the Heads we sailed in up to 30 knots, and the sea was confused, so there was a bit of rock and roll,” he said.

“Finally the wind went around to the east, so we went from staysail to a full main and large genoa and the wind eased and went to the north-east, and stayed that way all the way to the finish.

“We overtook the whole fleet – and it’s just the first time the four of us sailed together, and we really enjoyed it. It was sheer pleasure – especially downwind, it is so smooth,
the Frenchman said.

All are eyes are now turned to the 200 nautical mile Melbourne to Devonport Race and the premier blue water ocean Melbourne to Hobart (Westcoaster) race, both hosted by the ORCV, recently announced winner of the 2019 Sport Promotion Award at the Australian Sailing Awards.

Both races start on 27 December off Portsea Pier. The annual 440 nautical mile Westcoaster takes the fleet from the start at Portsea Pier, down the south coast and then the rugged west coast of Tasmania where a hot pie, a cold beer and a warm welcome await. It is open to fully crewed monohulls, with divisions for Four + Autohelm, double-handed and multihulls.

“We are preparing to do the Melbourne to Hobart in the Four + Autohelm division, Leroux confirmed. The Melbourne to Stanley was a great practice for it.”