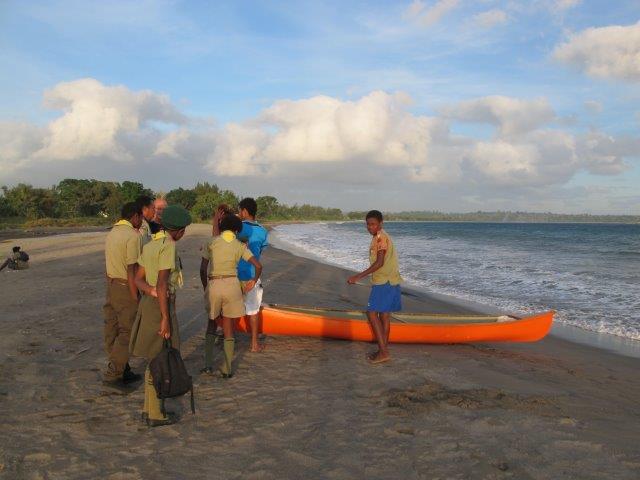 In 2014 the ORCV were given a canoe from Graham Candy as part of the Humanitarian Aid sent to Vanuatu.

Nick Woodley was instrumental in handing this over to Many Sael from the Imere Scout Group in Le Me village and at the time gave us an insight into the ceremony that took place.

“Many is known by his scout name as Tafura. The handing over was celebrated with ceremony- flag raising, food, paddling and “sealing the deal” with Kava. The Scout group was RAPT!! They will use it for fun, fishing for fund raising and transport among other things. Some of the group have previously attended a jamboree in Australia, so fund raising is an important activity. We managed to purchase a couple of paddles to go with the canoe which came in handy as part of the ceremony was paddling from around the point and arriving at the village shore to a welcoming committee.”