Women skippers get behind 50th ‘Westcoaster’

Seasoned and respected women sailors are among those so far signed up to compete in the Ocean Racing Club of Victoria’s (ORCV) 50th Melbourne to Hobart Yacht Race - or ‘The Westcoaster’, as it is simply known to most - which starts at midday on 27 December, 2022.

Clare Olding turns 22 this month and is currently the youngest skipper in the race. As in other races, she will share helming responsibilities with her dad Tim, owner of the Summit 35, Vertigo. Olding, from Victoria, has also skippered the yacht twice in the Australian Women’s Keelboat Regatta for female sailors only, in which she placed third this year.

“I grew up sailing with Dad, but I’ve only been racing with him for the last four years. He’s given me the opportunity and encouraged me all the way, even loaning the boat to us for us for the Australian Women’s Keelboat Regatta,” says Olding, who has over 5,000 nautical miles behind her.

The Victorian sailor says her love of ocean racing comes from, “A million different unknown variables and watching crew to work under those variables. It’s awesome to see people deal with difficult situations and see them come out the other end in good shape.” 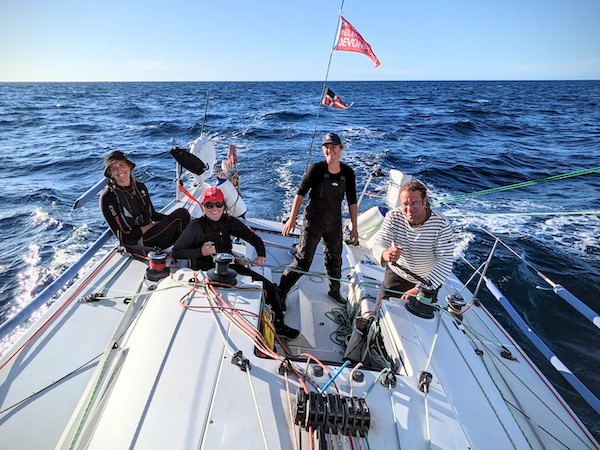 She would love to see an increase in younger women racing offshore: “It makes you realise how competent you are. You learn a lot of skills, like keeping your head under pressure, problem solving and an appreciation for where you are. You see dolphins and whales and it all sticks with you. Sailing is incredibly empowering.”

Vertigo won the ORCV’s Launceston to Hobart (2019). She also won the ORCV’s 2021 Melbourne to Devonport ‘Rudder Cup’, Australia's oldest ocean race and the fifth oldest organised ocean yacht race in the world. The Oldings are aiming for a hat trick with the 50th Westcoaster.

“My hope is we go in properly prepared, that we’ve done the training required and are ocean ready,” says Olding, who will be joined by “at least five other women, “Mostly around my age.” 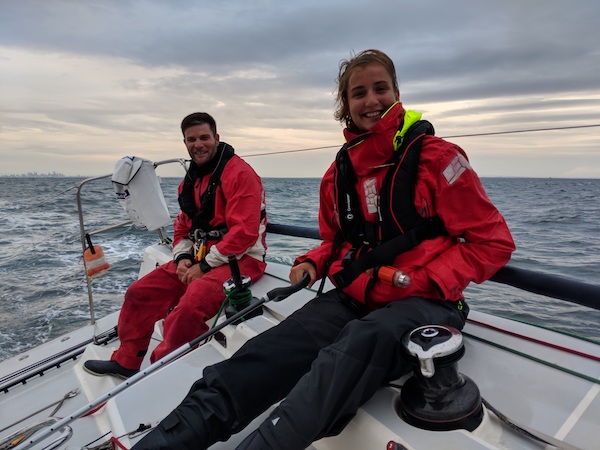 Living further up the eastern seaboard, Northern NSW yachtswoman Annette Hesselmans will skipper her yacht, FIKA in the race.

Joining her on the Najad 1490 design are her partner Gerry Snijders, their 24-year-old daughter Sophie Snijders, Annette’s older sister Mary-Jane Wagenfeld and Sophie’s boyfriend, Simon McKenna. Also aboard is Annette’s friend and experienced inshore and offshore sailor, Sue Bumstead, whom she met through the two’s shared experience of the 5500 nautical mile Melbourne to Osaka Double-Handed Yacht Race on separate boats. 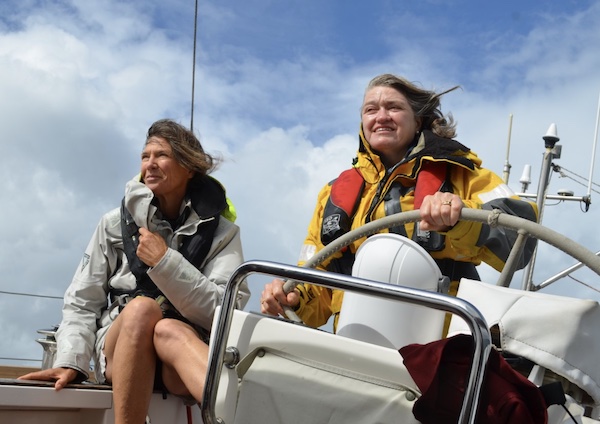 “We were blown away that Sophie is joining us with her partner. We didn’t set out to have more women than men, it just worked out that way. We have a range of really experienced to novice sailors that will hopefully complement each other,” admits Hesselmans.

Hesselmans competed double-handed on her then yacht, Red Jacket, with brother, Andrew Hesselmans in the 2017 Westcoaster. She took Red Jacket again in 2018, skippering a four-female crew, including daughter Sophie and Sue Bumstead, in the Four + Autohelm division.

“Sophie was my incredibly competent crew sailing home from the 2018 Melbourne Osaka (Hesselmans and her partner finished seventh over the line and fifth in PHS) and in the Westcoaster. Sophie introduced her partner to sailing on her Duncanson 34, Nakama. They’re currently cruising in the Northern Territory. 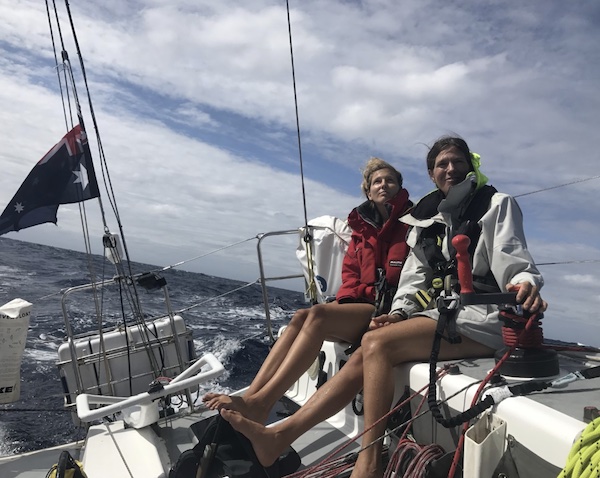 “My sister is fairly new to the concept of ocean racing. She did Bass Strait with me in February but otherwise sailed a dinghy in her teens.”

“My goal is to make sailing inclusive for all. Being a female skipper is my passion though, so I like to encourage more women onto the water and to develop confidence. I’m in the process of becoming RYA accredited so that I can offer a range of sailing courses.”

FIKA’s owner says she has reasons for participating in the 50th Melbourne to Hobart with family and friends: “The camaraderie, festivities and of course celebrating the 50th and being part of such an iconic race.”

There are many other women also taking part in the race across those yachts already entered.

The 435 nautical mile Melbourne to Hobart Yacht Race, organised by ORCV with the cooperating of the Derwent Sailing Squadron, starts off Portsea Pier at 12pm on 27 December.

For Entry, Notice of Race and List of Entries, please visit: www.melbournehobart.com