Preparations in full swing for 50th Melbourne to Hobart

Preparations are in full swing for the Ocean Racing Club of Victoria’s (ORCV) 50th Melbourne to Hobart, as entrants make their final preparations for the ‘Westcoaster’ as it is colloquially known, which starts on 27 December at 12pm from Portsea Pier on the Mornington Peninsula.

The ORCV is proud of the numbers their anniversary race has attracted. There are 60 boats, covering fully crewed, Four Plus Autohelm and double-handed, which will make a breathtaking sight for spectators ashore and on the water.

Entrants cover the full gamut from the regulars to first-timers and represent Victoria, Tasmania, South Australia, Queensland and NSW, all desired to be part of this historical race. And from those who have left their trail on the racecourse multiple times, the words, “challenging, tactical, exhilarating, like climbing a mountain, scenic,” are mentioned.

“We’ve fortunate to have great support from the Victorian community and from interstate, all-embracing our 50th race. We have a number of first-timers who are accomplished sailors and winners of other major events who are doing the race for the first time,” says ORCV Commodore, Cyrus Allen.

According to the regulars, the Westcoaster is a race of four parts, where it can be won or lost at any turn: Bass Strait; which route to take around King Island and down the west coast of Tasmania; rounding Maatsuyker Island and running across the Southern Ocean towards Hobart.

Finally, there is the Derwent River to conquer. It is famous for either having the wind gods on side or shutting down completely. Terrible for those in close sight of the finish line that can sit for hours and hours before finishing.

Date’s 13th yacht of the same name recently underwent some tweaks to make it faster in their first assault on the race. If he gets it right, the pair could well take the double of line and overall honours, as the boat was specifically designed as a fast 40+, the design delivering outstanding results on the competitive European circuit.

“We think this is the boat to win the 50th Anniversary Westcoaster. We just want to do more local ocean racing from Melbourne," explains local, Date, an uncanny knack of building young and effective crews.

Date will have opposition from all quarters, including past winners such as South Australian, Enchantress and newcomers. Weather, good preparation, tactics and luck play their part in deciding the fate of the fleet. 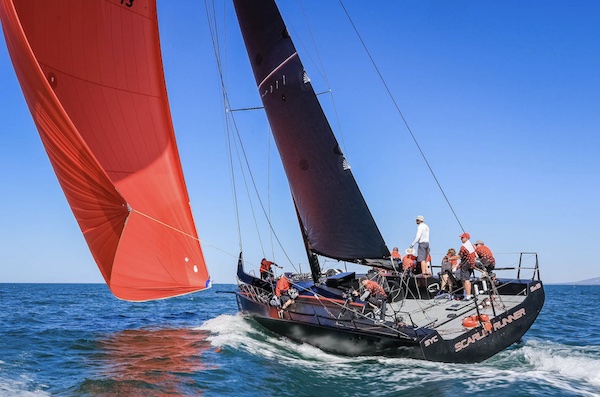 Lord Jiminy will be a major threat. A Class 40 yacht built in France for French owner, the boat was sold to Australian interests and shipped to Australia in 2015. Renamed Lord Jiminy, she took Westcoaster line honours in 2019 and 2021, also winning the Performance division in 2021. Sold this past weekend to Kevin Curtis and Jim Ooosterweghel, she marked the last entry received for the race.

“I’ve done the race six or seven times on my boat, Sea Eagle and one on Addiction,” Curtis said. Jim’s done the race a lot too, including on Sea Eagle.”

The Melbourne yachtsman reasons, “I’m pretty sure I did 25th anniversary race, so it’s good to do the 50th as well. I like the proximity to Melbourne and the scenery of the west coast is beautiful. Arriving in Hobart after the race is rewarding.”

In the lead-in to the race, Curtis says, “We’ll be sailing to Geelong and back on Saturday and also and also do the qualifying miles. The previous owner of the boat, Guillaume (Leroux), is sailing the race with us – he knows the boat so well,” Curtis ended.

These boats, along with others, will be sailing for the Heemskirk Trophy, awarded to the overall winner of the measurement handicap systems with the greatest number of starters. 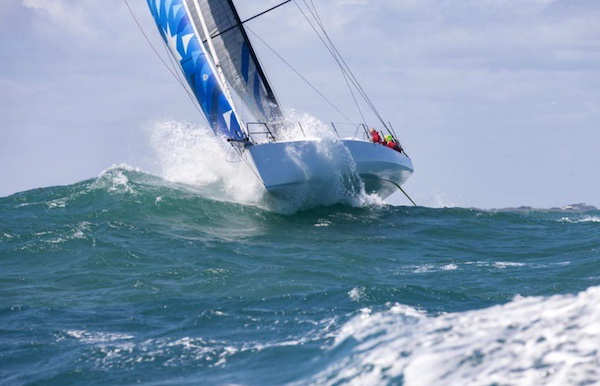 The double-handed boats will give the rest a run for their money for the Trophy. With a handful of Westcoasters behind him, Jock MacAdie is a front runner with Alex – Team MacAdie, a Jones/Hart 14 that has received a few makeovers. He knows the taste of success, having taken line honours in the 2007 Melbourne Osaka double-handed yacht race with his son Hamish.

With Hamish overseas, David Scott will co-skipper. “We’re hoping for a northerly at the start and then a westerly. We’re at our best sailing slightly sprung sheets,” MacAdie says.

MacAdie is au fait with his double-handed competition: “Ryujin (Alex Toomey’s Sayer 12 co-skippered by Andrew Hibbert) is a quick boat with water ballast and very light. It will come down to how well the new owner sails her. 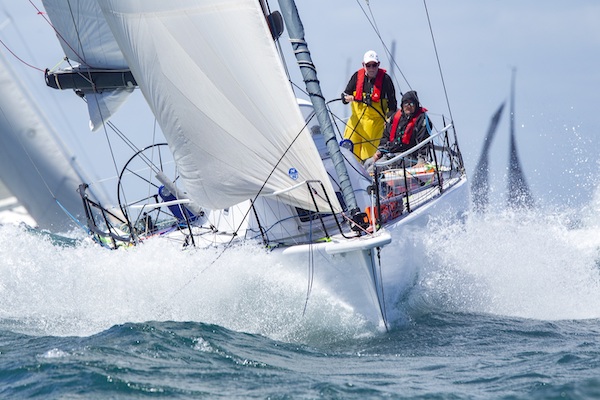 “The guys on Joker on Tourer (Grant Chipperfield and Peter Dowdney) are very competent and the Elliott 1250 Tourers can be quite quick. It’s the same size as us and possibly faster than us, so it will be good competition. Both boats will be serious contenders.”

MacAdie is aware too, of the vagaries of the race: “Last year we got to the bottom Bruny Island and the wind went from 25 knots to zero. It stayed that way for a day. Really frustrating. We were sitting at the Iron Pot for three hours, tide going out and very little wind. Finally, the tide turned and we could finish…”

For the List of Entries and all information, please visit: www.melbournehobart.com