The focus of offshore racing is often on the performance of maxi and super maxi yachts, but in the Ocean Racing Club of Victoria’s 50th anniversary Melbourne to Hobart Yacht Race, several of the 35 to 40 footers in the 49-boat fleet are sailing the race of a lifetime.

As at 2pm on Wednesday 28th of December, the Tasmanian Farr 1104 yacht, Rumbeat, co-skippered by Justin Barr and Stewart Geeves from the Royal Yacht Club of Tasmania, was maintaining her lead on overall handicap and is well in contention for the prestigious Heemskerk Perpetual Trophy.

Tasmania’s Cromarty-Magellan, a Knoop 39 skippered by Richard Grant and with a mostly female crew, had moved into second place overall, a terrific effort for the team which has several newcomers onboard. 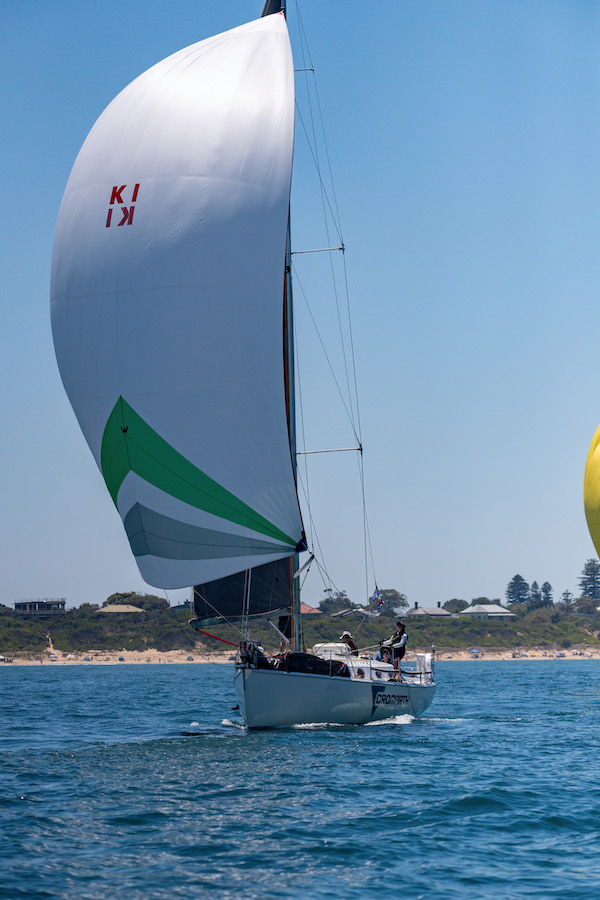 Enchantress, a Muirhead 11 skippered by John Willoughby, and one of only two South Australian entries, is currently sitting in third place overall. In 2010, Enchantress won the Westcoaster, as the race is affectionately known, taking out all divisions.

Willoughby was nostalgic when reflecting upon previous victories, as he prepared for this year’s anniversary race. “I’m coming back to the Melbourne to Hobart this year because it’s the 50th race and I’m keen to join other past winners on the start line,” said Willoughby.

Willoughby, who was awarded an Order of Australia (OAM) in 2021 for his ongoing contributions to regional and international eye health, is also celebrating 50 years as an ophthalmologist during this year’s race - a dual celebration for the seasoned campaigner. 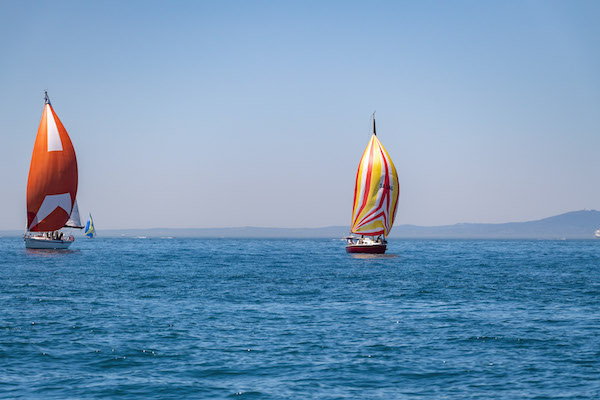 Another boat climbing up the overall handicap leaderboard is the family-led Summit 35, Vertigo from the Royal Yacht Club of Victoria. Vertigo, skippered by father-daughter combination Tim and Clare Olding, is currently in eighth place on overall handicap and will be hoping to make small gains every hour to strengthen her position in the fleet.

Vertigo is no stranger to the dizzying heights of success, with wins already on the board in the Ocean Racing Club of Victoria’s 2021 Melbourne to Devonport Rudder Cup and the Launceston to Hobart Yacht Race in 2019.

Clare Olding is the youngest skipper in the race and at 22 years of age, has a bright future in the world of ocean racing.

Jeremy Walton, Race Director of the 50th anniversary race, was speaking with ABC News this morning, and reflected upon the challenges and strengths of the Melbourne to Hobart Yacht Race.

“This is a race for everyone, sailing their boats as well as they can which to me is the biggest attraction about this race. It’s a complete and absolute challenge – it’s the only race that goes across Bass Strait – the other [Sydney to Hobart] race goes across the Tasman Sea – so yes definitely, this is a far far tougher race.”

The battle for line honours continues with the Schumacher 54, Maritimo, skippered by Michael Spies, leading the race from Rob Date’s Carkeek 43, Scarlet Runner, who is now in second place just three nautical miles ahead of AdvantEDGE, the Inglis 47 skippered by Andrew Jones from the Port Dalrymple Yacht Club in Tasmania.

On current estimates, the first boat is likely to arrive into Hobart around 11am on Thursday 29th of December, but as all sailors racing to Hobart know, almost anything can happen in the Derwent River.