While the crew of line honours winner Maritimo 11 is celebrating their win and have their fingers crossed for a clean sweep of all handicap divisions, half of the fleet is still at sea in the 50th anniversary Melbourne to Hobart Yacht Race.

In a race that has delivered stunning summer sailing conditions under blue skies on turquoise seas to strong westerly winds and testing conditions down the West Coast of Tasmania, the biggest challenge is proving to be the final few nautical miles of the race up the Derwent Estuary to Hobart.

With the race record a distant memory, Maritimo 11, the Schumacher 54 skippered by Michael Spies, was almost becalmed on the Derwent River yesterday as she desperately raced to a line honours win, and several other boats were struggling, sailing at speeds of under two knots until a south easterly breeze kicked in.

One of the top performers overnight was the doublehanded team of Ryujin.

Co-skippered by Alex Toomey and Andrew Hibbert, the Sayer 12 was originally built for the 2007 Melbourne to Osaka Yacht Race which proved a successful race with the boat winning the Open C division.

Following a refresh in 2020, Ryujin races out of Victoria with the Royal Melbourne Yacht Squadron and the Ocean Racing Club of Victoria.

Ryujin finished the race in tenth placed across the line, just ten minutes after Carrera S, the Marten 49 skippered by Gerry Cantwell from the Sandringham Yacht Club and is currently leading the double-handed division.

The Hobart docks will be busy over the day as most of the fleet currently sitting south and east of Bruny Island complete the anniversary race, but it might be a longer wait for the tail enders that are still coming down the West Coast. 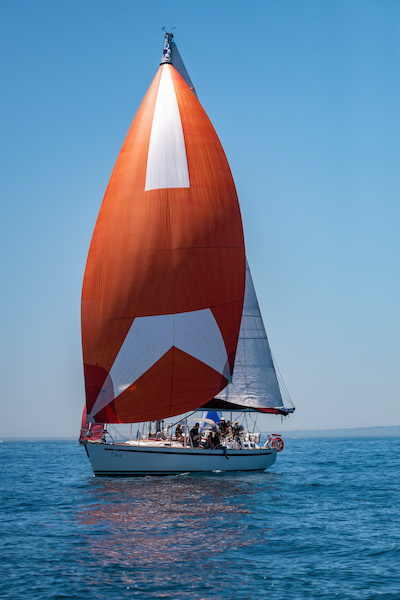 Fika, a Najad 1490 skippered by Annette Hesselmans, is currently doing just 2.6 knots as she sails across the southern coast of Tasmania.

Tai Tam, the Beneteau Oceanis 51.1 skippered by Jeremy Cooper from the Royal Brighton Yacht Club and sailing his first big ocean race with wife Jemma in the four plus autohelm division, is sailing alongside Fika at a speed of 2.1 knots with 88 nautical miles left to sail. 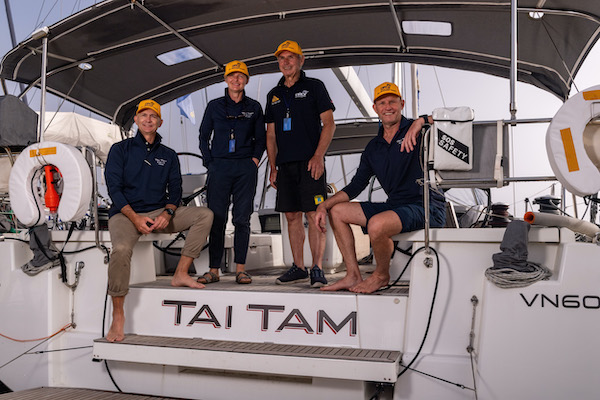 The race within the race between the two Tasmanian Farr 1104s, Invincible, skippered by Bryan Walpole and Rumbeat, skippered by Justin Barr and Stewart Geeves is proving fruitful for Invincible with the boat now racing across the southern coast of Tasmania, with Rumbeat some miles back off Port Davey.

The Bureau of Meteorology is forecasting north to northeasterly winds of about 10 knots tending east to northeasterly to 10 to 15 knots in the middle of the day, which should give the back end of the fleet some reassurance.