As the Hobart docks fill with the 50th Melbourne to Hobart fleet and families hug and reunite, stories are beginning to emerge of the importance of crew work, communication and resilience, atop the pure exhilaration of ocean racing.

The 50th anniversary race, hosted by the Ocean Racing Club of Victoria (ORCV), has proved to be more than a tick off a bucket list for the many race debutantes, a vibe more than evident after a short stroll around the waterfront in Hobart.

Skippers and crews alike have been drawn to the event for various reasons – to sail with family, to celebrate the 25th and 50th races, in memory of sailors close to the event, and as simply the next sailing challenge for many teams who are regular club sailors.

What is certain is that the smiles of achievement and relief are everywhere, and there’s a warm blanket of pride enveloping the close-knit fleet as they reflect on the testing times and the highlights of the race.

To William (Bill) Newman, skipper of Goggo, entering the race was a no-brainer.

“It’s a wonderful event, I managed to do the 50th Sydney to Hobart so I knew I had to get the boat down here for the 50th Melbourne to Hobart.”

Newman described how the champagne sailing from the start of the race was a distant memory when the intense front of 40 to 50 knot winds hit the fleet.

“It was a scramble – we knew the front was coming but it’s still a shock when it hits you. The boat handled well and luckily, we had re-rigged prior to the start so we were ready. We didn’t break anything until the second day when the brace broke and the spinnaker pole, but we still didn’t tear anything,” said Newman.

Reflecting upon the race, Newman recalled his highlights.

“My highlights were three-fold - sailing with the crew, who I’ve known since they were kids, finishing the race, and receiving the warm reception on the dock when we arrived - it’s just magic,” said Newman.

Steve Twentyman, skipper of the Hanse 505, Shimmer, described the event as totally awesome and one he wouldn’t have missed.

“One of the main reasons for me doing the race was that we had done the 25th race with my old man so we are very excited to be here to celebrate the 50th,” said Twentyman.

Twentyman was happy with how the race unfolded and was one of a small number of yachts looking forward to the heavier weather.

“Our boat is big and fat and heavy, and we go along probably better than some of the other boats in the heavy weather, so we were looking forward to that day which worked out well for us.

“We had a terrific sail through the day yesterday and into the night. We came across from Maatsuyker Island in the morning and got here into Hobart at 1am the next morning, but through the whole day and that night, it was just terrific sailing,” said Twentyman.

Twentyman was impressed with the quality and size of the fleet for the anniversary race and hopes this continues into 2023. 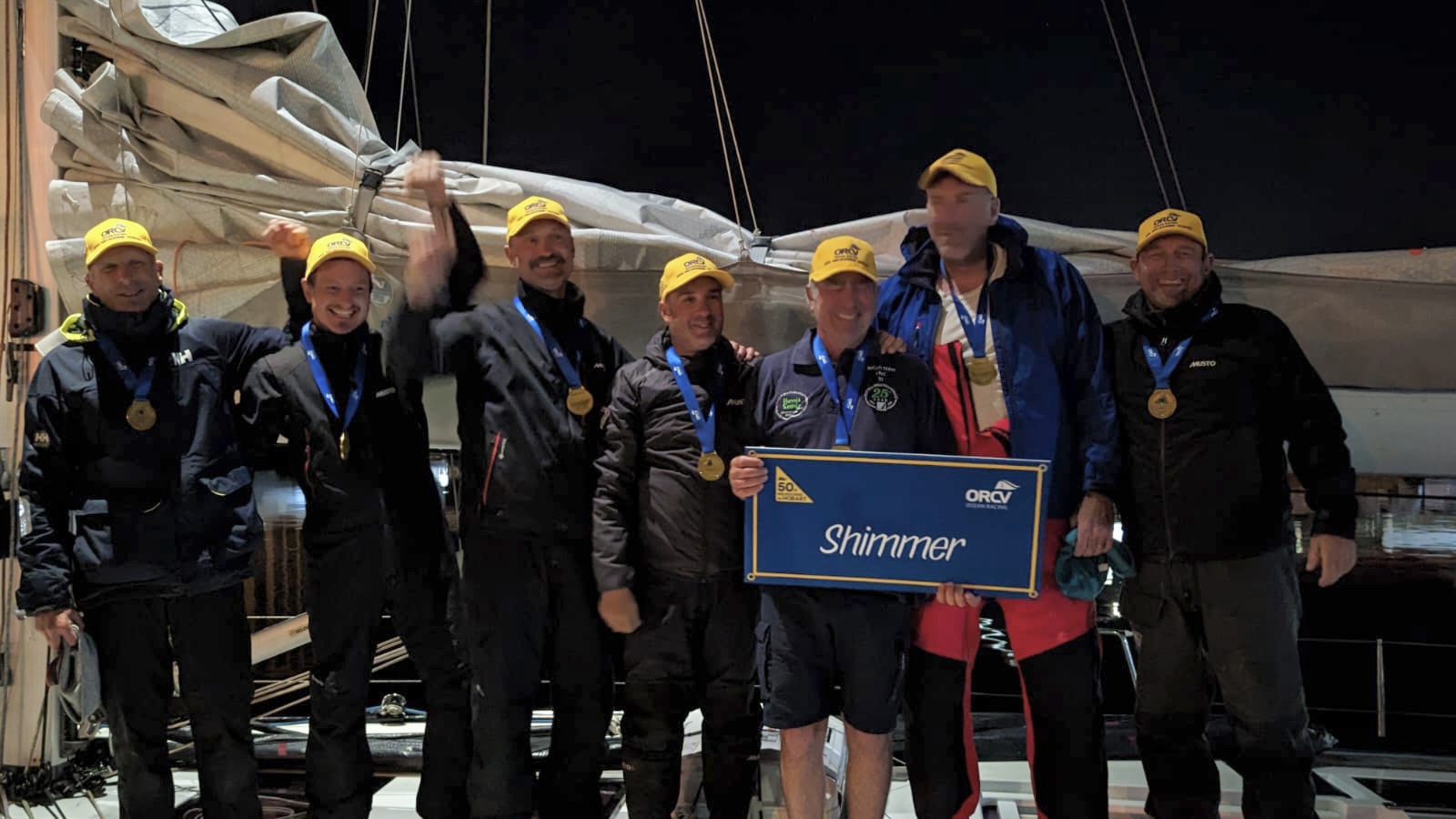 “It’s a terrific race, I think that the number of boats this year has just made it so exciting, and with the interstate boats coming in, even if they do come and take the trophy, its alright with us – it’s just great to have so many good boats and people doing the race – new boats, old boats, mums and dads, it’s just awesome.”

Janet Wilks, a nurse-turned-yacht rigger originally from Alabama in the United States who sailed on Tony Walton’s Reichel/Pugh 46 Hartbreaker, wore a smile from ear to ear as she recounted her experiences after a restful night.

“It was a fantastic race – we had a great start and sail across Bass Strait and were in the top six boats, but then it got absolutely hectic – we had storms all the way down the West Coast, we had 50 to 60 knots gusts, we blew a couple of sails, but we managed to bring them down and repair them and get our storm jibs up and keep sailing.

“Our team was fantastic – me and Leah Hunter got the sails down and started repairing as quickly as we could - we got the main back up and just kept going - I think that’s what really did it for us.” 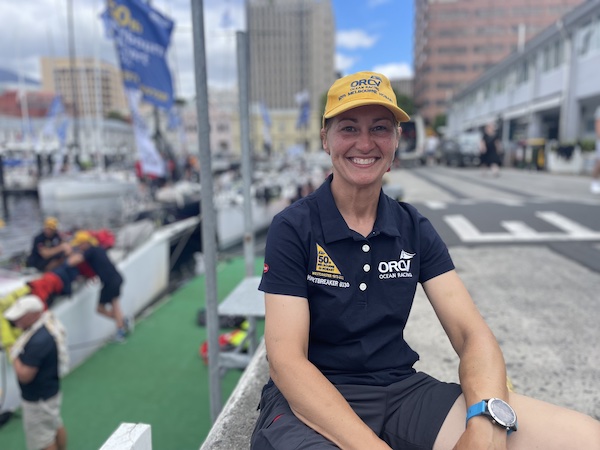 Wilks has only been sailing for three years after a major career shift from nurse to yacht rigger and reflected upon her experience sailing on Hartbreaker.

“Leah is a good friend of mind – she saw some potential in me and got me onboard, and when it came to joining the crew, well, you have to ‘ask to get’ so I asked, and I when I got invited to join the Melbourne to Hobart race, I was chuffed. It’s my first Westcoaster and my first big race - it was absolutely amazing,” said Wilks.

A highlight for Wilks was the camaraderie and commitment when all hands were called on deck in the middle of the night and the sail repair.

And will Wilks be back for the 2023 race? “Oh yes, that was amazing, I would do it again in a heartbeat,” said Wilks.