As the 50th anniversary race, hosted by the Ocean Racing Club of Victoria (ORCV), draws to a close and the handful of boats still to finish creep up the River Derwent, sailors are already discussing the success of the anniversary race and the global standing of the race. 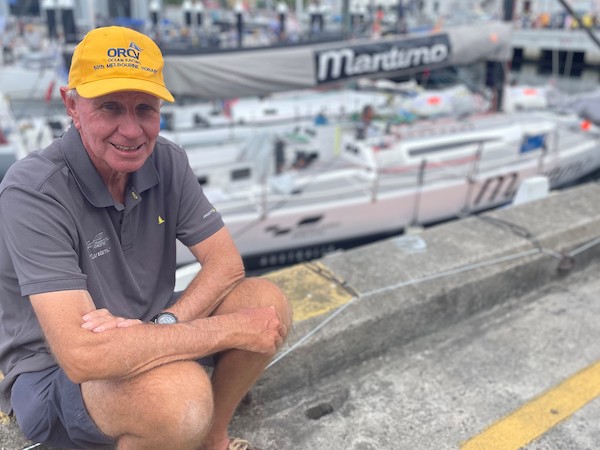 Michael Spies, skipper of line honours winner Maritimo 11, was full of praise for the race and the overall event, anointing the 435 nautical race from Portsea Pier in Melbourne to the River Derwent in Hobart as truly one of the world’s best ocean races.

“To be honest my life focus, having been raised in Sydney, has always been the Sydney to Hobart [ Yacht Race]. You were always aware that this [Melbourne to Hobart] race was there, you always respected it, but until you have actually competed in it, you don’t realise what a challenging race it is, the love that there is for the race, and the history of the race…it is truly one of the world’s great ocean races.

“Only two of the 12 crew on our Maritimo team had done the race before, one in 1973 and one in 1980. We went in with our eyes wide open but having come out the other side and having seen the calibre of the race, the organisation of the race, the acceptance of the competitors, the warm welcome in Hobart and the friendliness and understanding we received from the race committee when we entered the race.

“It is truly an iconic event and one that the ORCV and Australian yachting should be very proud of,” said Spies.

The Maritimo skipper’s sentiments have been echoed across the fleet with strong preparation a key to the event’s success. 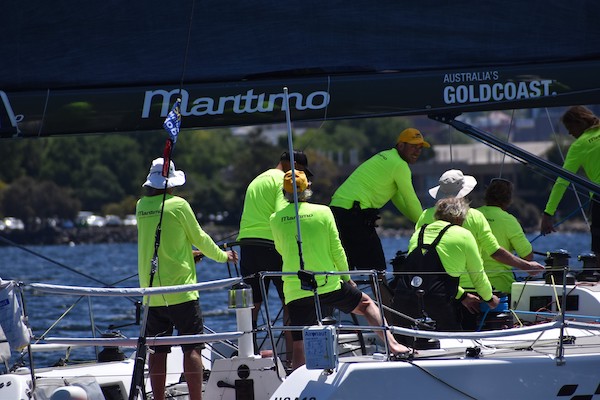 Experienced ocean racer, skipper and naval architecture student Leah Hunter flew into Melbourne from the United Kingdom just days before the start of the race to join Hartbreaker for the race to Hobart.

“It wasn’t actually the anniversary of the race that drew me back to Australia but the challenge itself. I’ve done a Sydney [to Hobart Yacht Race] before, but the Westcoaster…while it doesn’t have all the bells and whistles, the prestige and the maxis, it is a much more challenging race. It’s a much harsher sea state, you’re going into the Southern Ocean, past the southern tip of Tassie, and for me, I thought that would be a much bigger challenge, so when the Hartbreaker team called me up to race, I said sign me up,” said Hunter.

Hartbreaker had a solid race south, finishing in sixth place across the line. 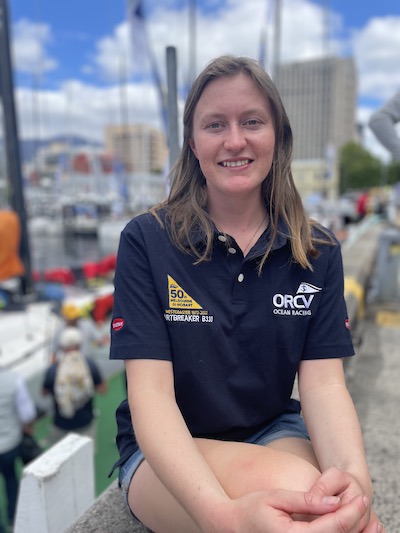 “It was a short fast race; we knew that we were going to be looking at something slightly hairy. We did a lot of practice at the end of the Cock of the Bay which was a good shake-down as some of crew were new to the boat. We made sure we did a lot of drills, putting the storm sails up, we made a lot of last-minute modifications to make things easier, which meant that once we got out on the water, we were pretty confident,” said Hunter.

Hunter heads back to the UK in the next week to continue her studies and will compete in the Rolex Fastnet Race in July. 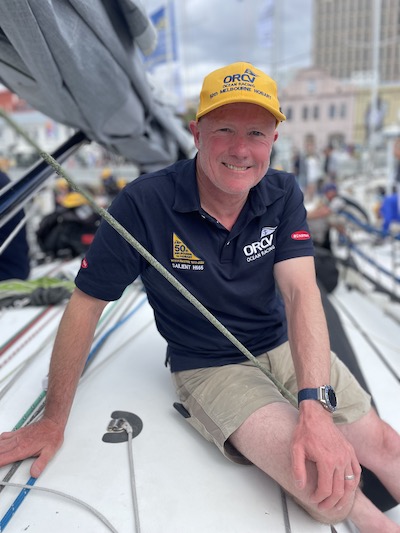 Ian Snape, skipper of Sailient and a member of the Derwent Sailing Squadron, reflected upon his race down the West Coast of Tasmania.

“We did really well until we got to the top of Tasmania and the front hit. We saw it coming, but we were struggling to put some reefs in our main. We got hit sideways and put a big rip in our main which slowed us down. We spent an hour or two fitting a tri-sail and had to decide whether we would keep going or turn back.

The Westcoaster was a big step up for the Sailient crew, who were sailing the relatively new Cookson 12 to Hobart.

“The biggest step up for us was the preparation. It was an unbelievable amount of work to get the boat ready, everyone on the boat pitched in and did things for months… safety equipment, training, testing things, fixing things – our list was just enormous. It’s a big jump between a Launceston to Hobart and a Westcoaster Category 2 race that’s for sure.

“Our biggest supporters were our wives and partners – they tolerated the unbelievable amount of time it took to get the boat together – we couldn’t have done it without their support, we wouldn’t have got close,” said Snape.

And on Sailient being part of the 50th anniversary race?

“It was very special, it was such a big fleet, there were a lot of really hot boats competing, so we knew that to try and beat any of these guys, we had to be on our A game. It’s also been an incredibly well organised race. The ORCV in Victoria and the DSS here in Hobart couldn’t do enough to help,” said Snape.

Final results are expected to be known by early afternoon with prize presentations to commence at Race Village on the Elizabeth Street Pier in Hobart from 4pm.