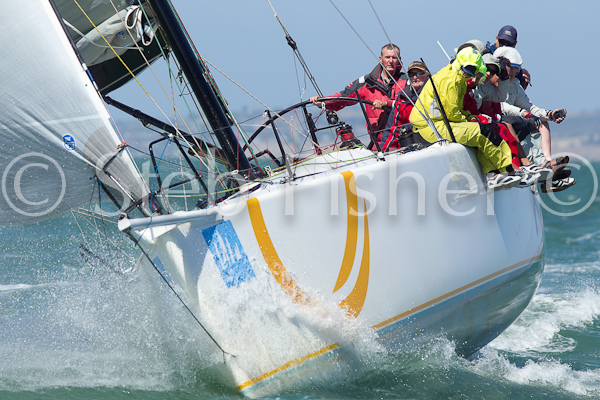 The dates for the 2018 Winter Series are as follows:

The divisions available for this year’s Winter Series are as follows:

The new format for the 2018 Winter Series is based on a series of passage races of varying distances, from medium distance races around fixed marks at the top end of Port Phillip Bay, to several longer distance passage races to popular destinations for warm hospitality from host clubs, at Blairgowrie Yacht Squadron (BYS), Royal Geelong Yacht Club (RGYC), and Hobsons Bay Yacht Club (HBYC).

Races One to Four will commence via a Tower Start from either RMYS or RBYC – to be confirmed in the Notice of Race (NOR) and Sailing Instructions (SI’s). Race Five will commence simultaneously from several different locations, designed to offer convenience to each participant.

Race One. A medium distance passage race similar to the “Long Race” held in previous ORCV Winter Series, and will follow a course around fixed marks, set to offer the fleet a range of conditions to suit the prevailing wind direction on the day. A different course will be set for the cruising fleet, designed to ensure all competitors complete the course in similar time, based on the conditions on the day.

Race Two. A Passage Race to BYS. Commencing from a tower start at either RMYS or RBYC (TBC), the fleet will round several fixed marks as they head south past Sandringham Yacht Club (SYC), before crossing the open expanse of Port Phillip Bay, as they make their way around the Hovell Pile and on to the finish line at BYS.
“Shortened Course” options for the racing fleet, and motoring provisions for the cruising fleet will be included in the sailing instructions, to ensure that the fleet make it to Blairgowrie in time to enjoy the warm hospitality on a cool winter’s night.

Race Three. Another medium distance passage race of approximately 20 – 30 nm around fixed marks at the top and middle sections of the Bay, with the finish line to be set at the same location as the start.

Race Four. Geelong Passage Race. RGYC has graciously agreed to our request to change the date to the first weekend in September, ensuring that all competitors can join us, without any scheduling conflicts with other Winter Series events around the Bay. The race format and course for the Geelong Passage Race will be similar to previous years.

Race Five. Navigators Overnight Challenge Race. For the first time as part of the Winter Series, we will be running this very popular event which has been part of our “Beyond The Bay” training program.
This event will commence at 12:00 on Saturday the 15th of September from several nominated locations designed to be convenient for competitors. All teams will create their own course by selecting various legs between fixed marks all over the Bay, with the intention of sailing as far as possible in the time allocated, and arrive at the finish line in Hobsons Bay as close as possible to the finish time of 9:00am on Sunday morning. All competitors will then be hosted at HBYC for a hearty breakfast and the event presentation.

For the first time, this year’s Winter Series will see a variety of divisions offered for all events throughout the series.

Information Sessions Continue for new 2018 Winter Series format As part of introducing an exciting new format, including a new schedule of races and all new divisions for the 2018 Winter Series, the ORCV is committed to talking to as many members and supporters as possible, through a series of information sessions to be held all supporting yacht clubs on Port Phillip.  Following on...

ORCV Announces all new format for 2018 Winter Series The Ocean Racing Club of Victoria (ORCV) is excited to announce the development of an all new format for its 2018 Winter Series, to be held on the waters of Port Phillip Bay, commencing Sunday 3rd of June, 2018.  As the proud organising club of the longest running winter series on the Bay, the ORCV conducted a review over the summer...