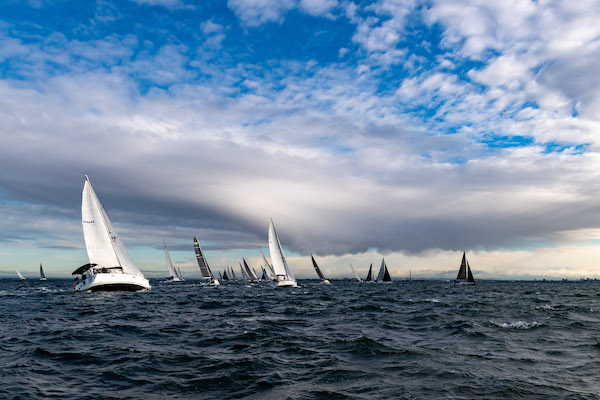 The fleet heading to the first gate Photo Michael Currie

The second race of the ORCV Winter Series saw 45 for the passage down to Blairgowrie, with the fleet drag racing down the bay in record-breaking time. The 25nm run down to the south channel saw some extremely close racing between yachts, with the sportsboats and mid-fleet tussle taking centre stage as the fleet powered along on a wet and cool ride under spinnaker for much of the race. 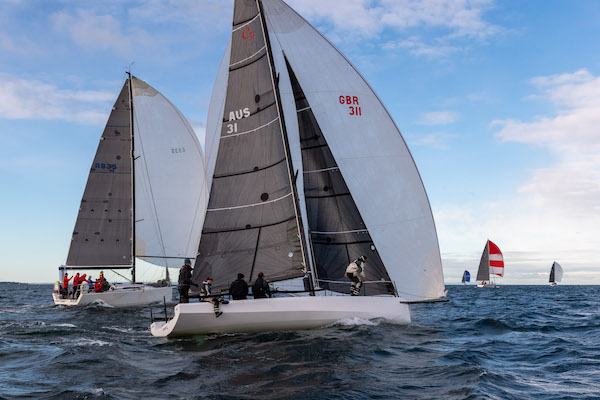 The Cape 31 ‘PP1’ took out the AMS division, with skipper Cameron Dale relishing in the conditions after seeing the forecast earlier in the week. The wet conditions on board didn’t deter the crew even as the waves built towards the bottom of the bay, with Cameron stating, “We’ve done the Cock of the Bay several times as an upwind course and we’ve been hanging out for a downwind run to Blairgowrie; this race certainly lived up to the expectations – we had a ball”. PP1 is fairly new to Port Philip having arrived from South Africa, however they are soon to be joined by another Cape 31 in Australia, due to arrive in Sydney this year. 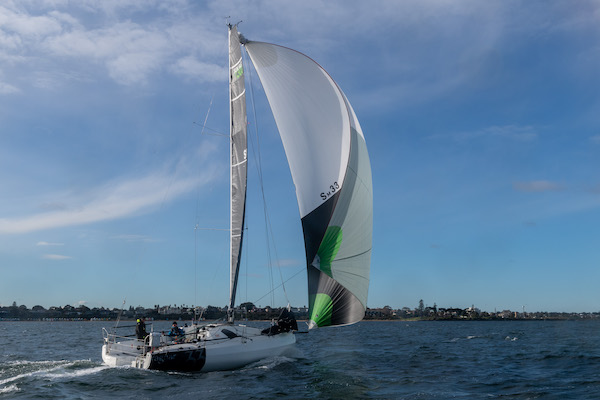 Sunfast 3300 ‘Ragnar’ won the double-handed division, after gearing up and rocketing down the bay at over 17 knots max speed. Skipper Richard Ekberg said he and his crewman Nick are used to sailing 14 foot skiffs and that their Sunfast, now a little over a year old, steered amazingly similarly to the dinghies, especially off the breeze. They both managed to stay pretty dry, commenting “The boat was very well-mannered in the sea state – that’s the most breeze we’ve been out in with this yacht, and the twin rudders really gave us the grip to load up the boat and go for it.” 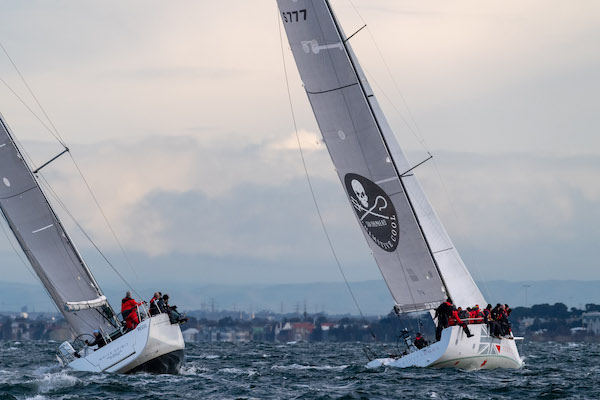 John Newbold’s Reichel/Pugh51 ‘Primitive Cool’ not only took out the ORCC division but also set a new race record, pushing past 23 knots boat speed in an elapsed time of 2 hours, 58 minutes and 24 seconds. John said after the race “the conditions suited the boat, with the flatter seas allowing us to really get up and go – it was cold and pretty wet on deck, but the crew were committed to getting that 1% more performance”. Primitive Cool also holds the race record for the ORCV King Island race, and are looking forward to the rest of the ORCV winter series and further ocean racing in the summer season. 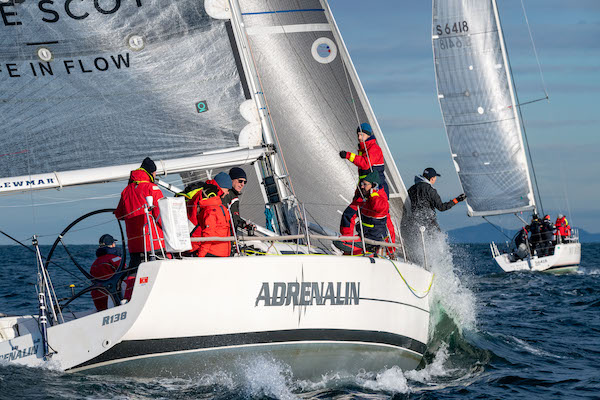 The tightest racing of the fleet was between the Sydney 38’s, as ‘No Mans Land’, ‘Faster Forward’ and ‘Adrenalin’ battled it out mere boat lengths from one another. ‘No Mans Land’ skipper Sal Balharrie had the following to say on the race: “In the last winter series event we were 23 minutes behind Faster Forward, so they were the target for this race – we sat on their hip all day. In the end we shredded a kite, holed a jib and tore the main – and we had the best day”. The all-female crew have only a year of sailing experience together since joining the boat due to Covid, however their goal is now ocean racing and building up their skills as a team.

Multiple crews commented on how great it was to regroup at Blairgowrie and chat after the race – thank you to the Blairgowrie Yacht Squadron for their hospitality. Congratulations to all competitors who took part; to enter the next ORCV event on the 31st of July, please find more information here: https://www.orcv.org.au/winter-series