The ORCV Coastal and Offshore Championship awards will, as usual, be determined by results in the Apollo Bay Race but this year we also have two additional influences – namely the introduction of ORCc and decline of IRC (creating small divisions from which results could be drawn) and the cancellation of one of our scheduled Category 2 Races events due to Covid. 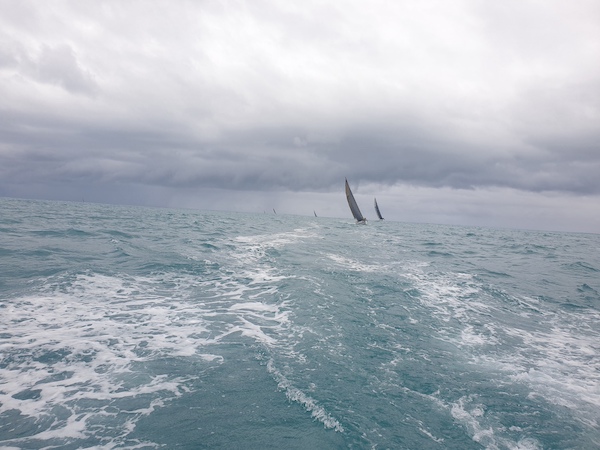 The coastal championship is based on each yacht’s best 4 results from one of the two most popular Measurement Handicap Categories in each of the four Category 3 races. Scoring is based on the Low Point system.  At the end of the Coastal Sprint Series the leading contenders were:-

For the Apollo Bay Race, all scores must be drawn from AMS or ORCc and, as the ORCc Handicap Category is now up to 13 Boats, all skippers are in with a chance.

The scoring system for the offshore championship is designed to recognise differences in fleet size and in the inherent challenge presented by the various races – first place in a race such as King Island thus carries a much higher weighting than a Cat 3 event.
Due to the cancellation of a scheduled Cat 2 event, the minimum number of Cat 2 races required for scoring purposes is reduced from 3 to two.

After 3 races, the leading contender is Peter Davison (PJ) in Arcadia on 42 points scoring 3rd in the King Island Race, 6th Devonport and 4th in Sprint Race 1.

A number of other boats remain in contention, including Josh Thring in Audere with 32 points, but with a clear led of 10 points “PJ’s” consistent performance towards the front end of the fleet should bring home the Championship.