Now Steb calls me in between the races and says, "So what do you call a group of TPs?" There's a pause, as I thought about it from under the humidity cloak that has swallowed us up here. Then he adds,  "A Village!" Nice one Steb. Seems he'd been out with a group of Adams 10s the other day, which of course is a Family, in case you hadn't got on the bus yet. We may have a new theme developing here. Comments to the usual, if you would like to be a part of it all.

Two parts to this as there a lot of images, so check again while you're on the rail to Geelong...

Flukey conditions with a brown sky haze enveloping most things in Melbourne actually. Some were left on the course at the end of race one with no breeze at all. Race two showed more promise, as the breeze kicked in more solidly from around 350/355, which created blast furnace type conditions.

Steb can be found at his website HERE, email is This email address is being protected from spambots. You need JavaScript enabled to view it. and mobile 0438 16 07 53. 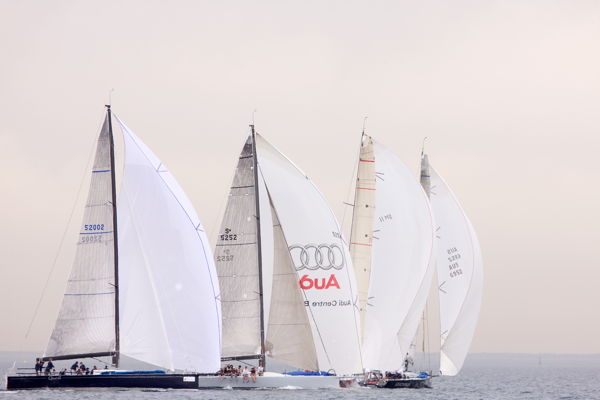 Here's the hero shot then. Seems the TeePees were not from a single tribe, however... there was another running Red Indian amongst them! Seems the latter just happens to be on top of the podium BTW, which will make the boss oh so happy and perhaps we'll get to smile #5 this weekend Rob? 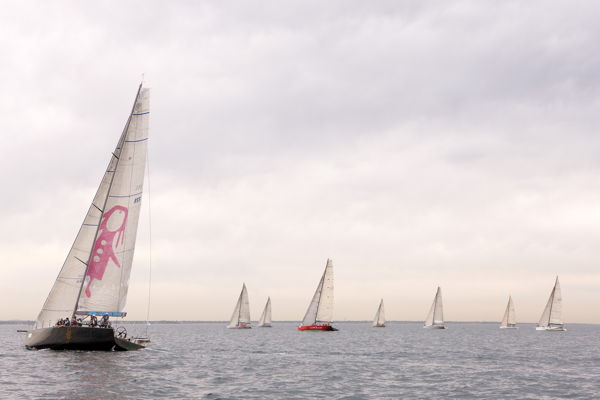 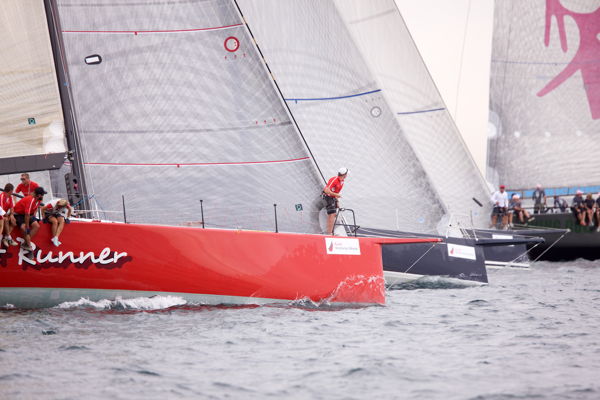 Yep it's a start. Is someone out of sequence or what? 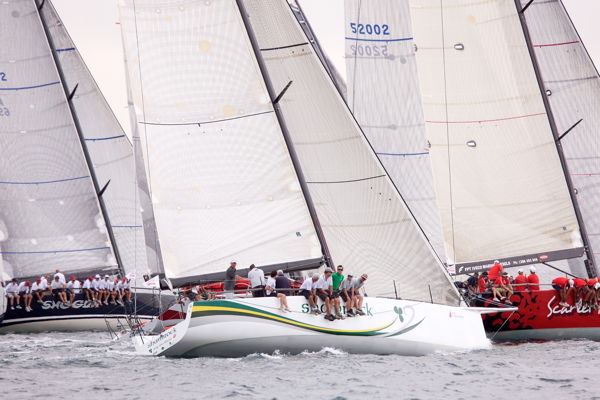 Big boats, big crews and the need for speed. Has to be time to go out for a yacht. 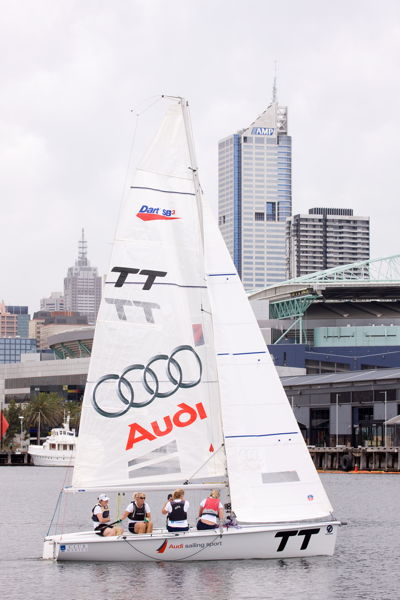 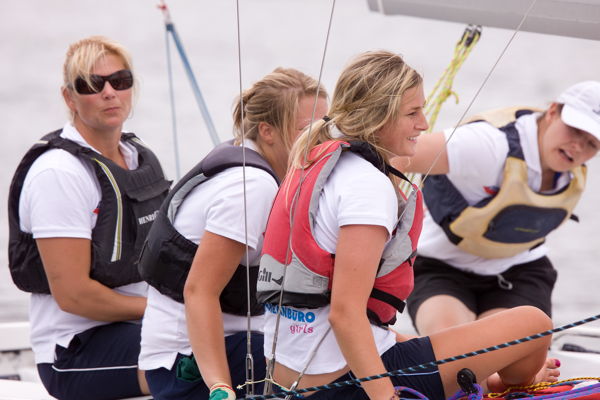 Like, you know, is someone going to pull that sheet in so we can go up to them or what? 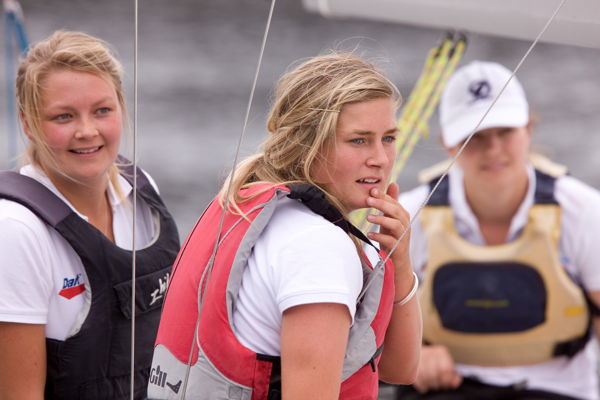 Gee. Are they on to us? Hhmmmmm. 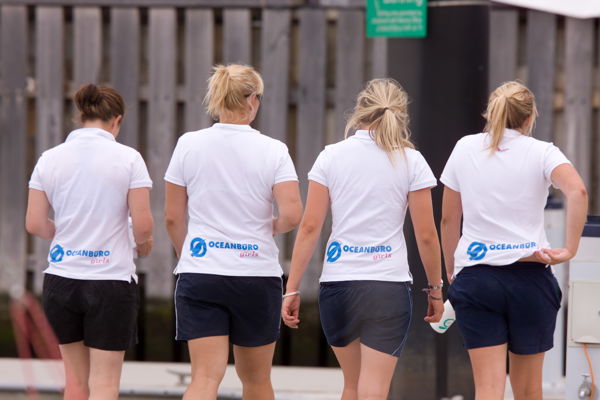 My they're good at getting the publicity! 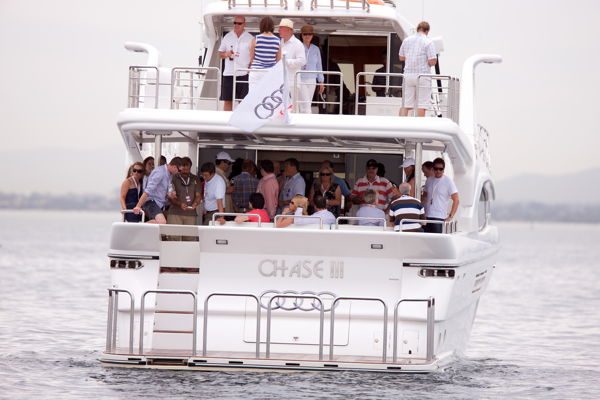 And the VIPs found the drinks... 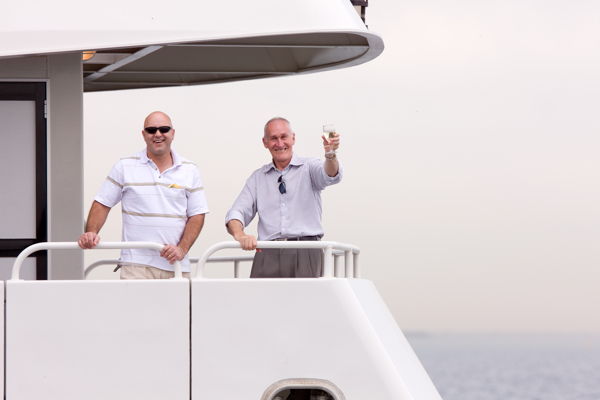 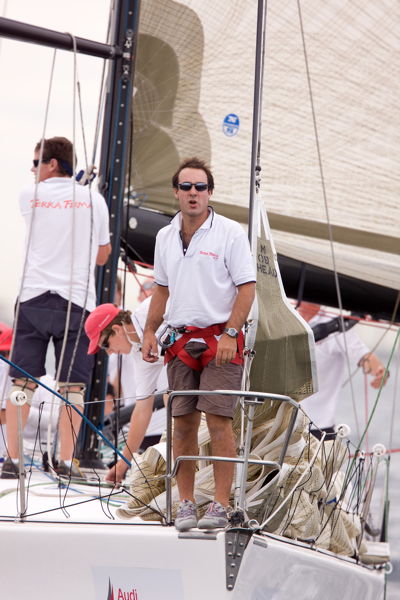 And talking of looks. Check out the expression on Dean Van Teylingen. And as for the Style Police - $250 on-the-spot-fine for the Laraccas harness thing. Practical and essential for sure, but worse than the budgie smugglers here pal... Maaaaaaaate! Aboard 'Terra Firma' that won the Docklands Invitational Production Boat thing over 'Two True'. Thanks to Lex 'Luther' O'Connor for the intel... 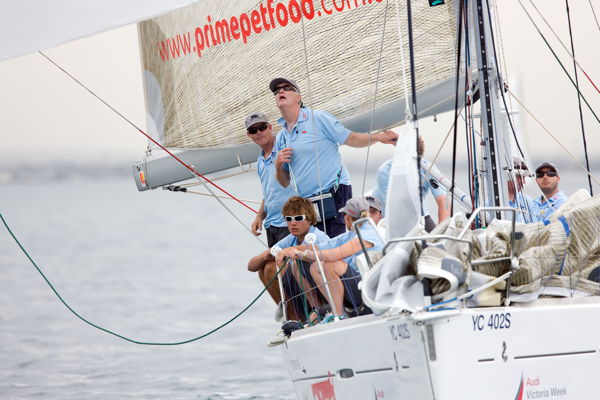 Is it a bird? Is it a plane? No perhaps looking for divine inspiration to assist with the Terra.... Aboard RSHYR Overall Winner, 'Two True'. In a little blast that swept through the course late in the afternoon, they took the heady out of the foil, apparently. 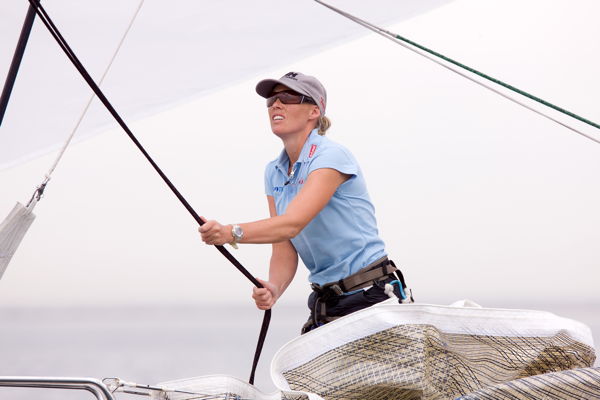 The Bowperson's lament is always either "Do I have to do it all myself!" or "Now let's see, that IS the right way around. Isn't it?" 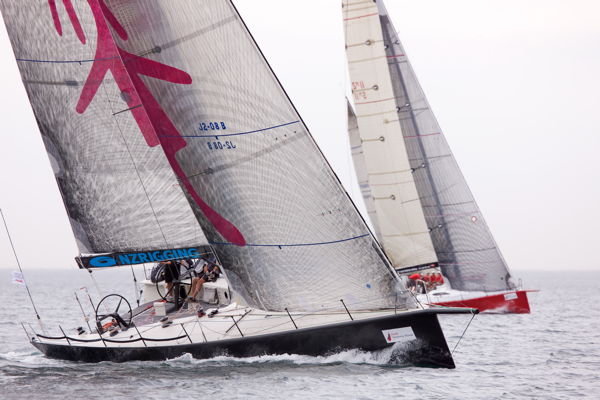 Being up with 'Living Doll' like this is probably why 1. The Red Indian got onto the top of the podium and 2. Why Rob Date will have smile #5 on the dial. 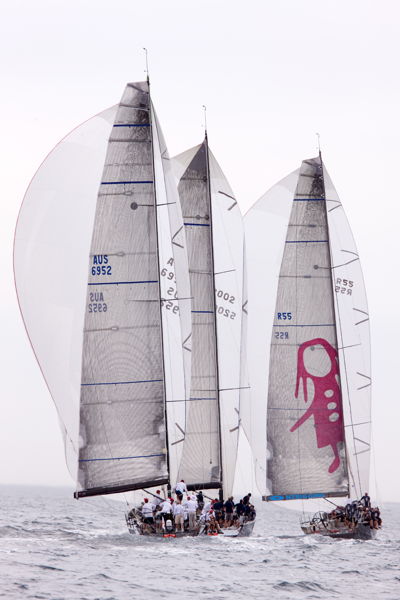 'Living Doll' in a war dance with two of the villagers. 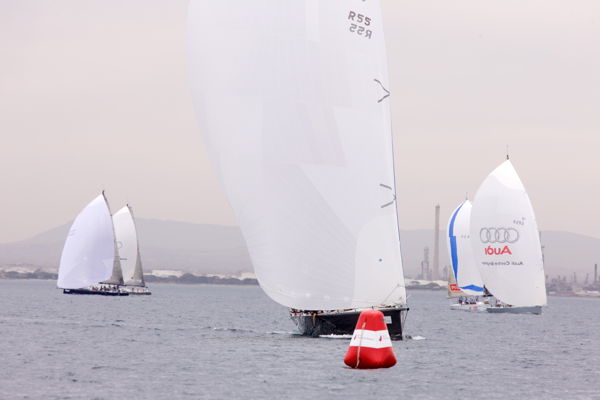 Now speaking of the Doll, I think this is what you'd call being out in front.

And I think that's what you'd call a smile! 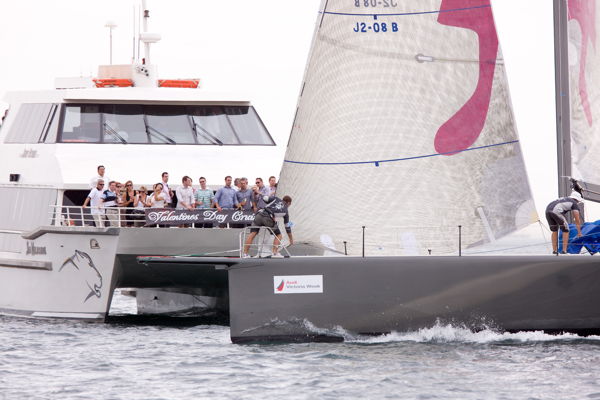 Yeah, so requesting a tower fly-by may not have been approved by the authorities, but would have given the spectators a hoot! 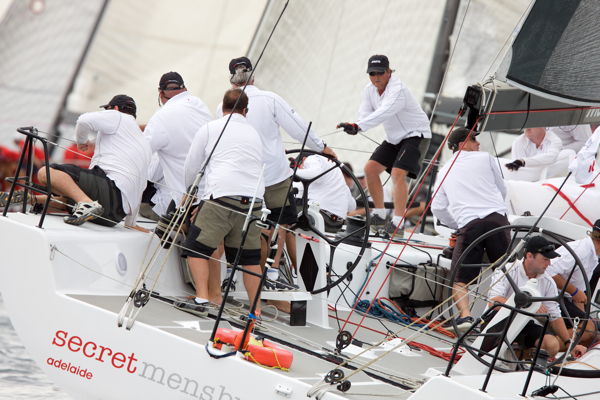 'SMB 3.5' has been cutting up the TeePees with that other RP, the Red Indian. Hey. Jim is just going to love me or what! 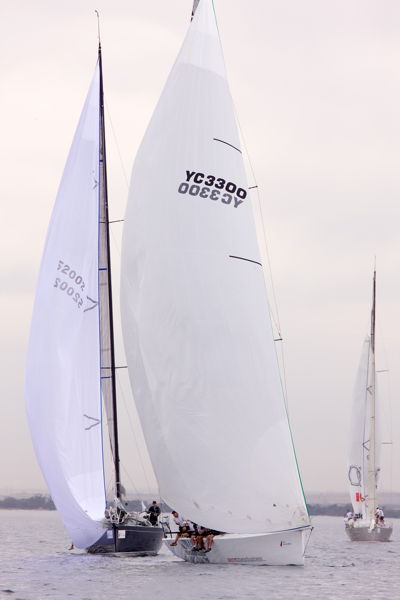 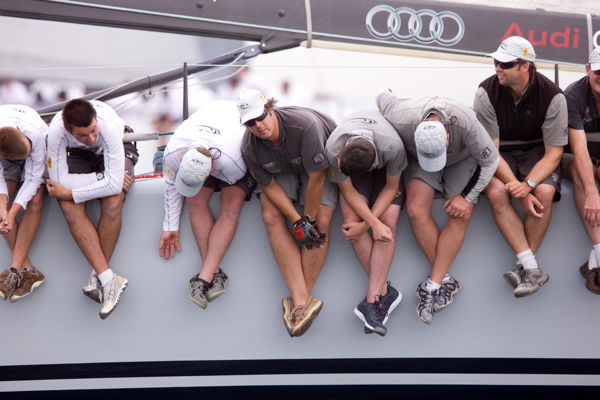 Slotty's looking at us and we can tell him that everyone's hiking really hard, except for the two guys on the right! Hhhhmm. 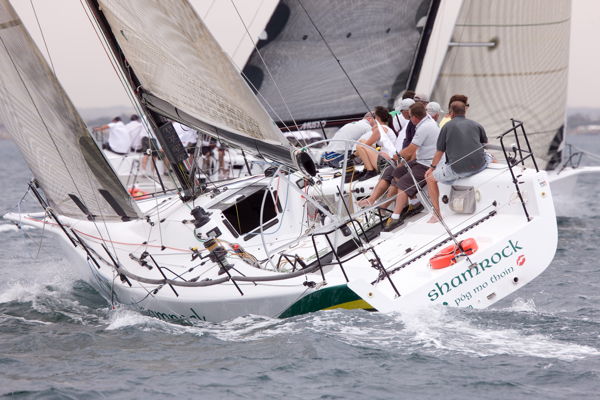 'Shamrock' and is that Andy Keep driving? 'ello Darling. 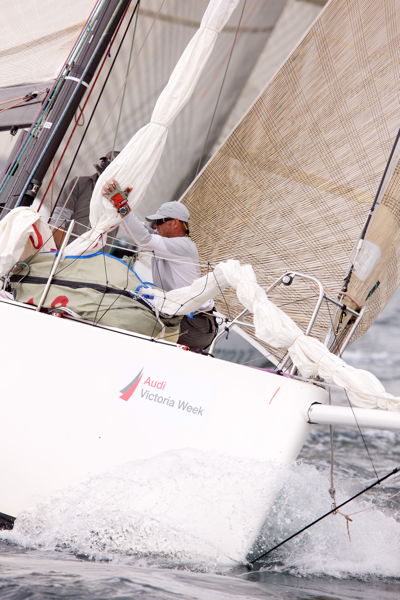 We're with the Heemskirk Consolidated Melbourne to Hobart winner, 'Ocean Skins' here, in these two shots. 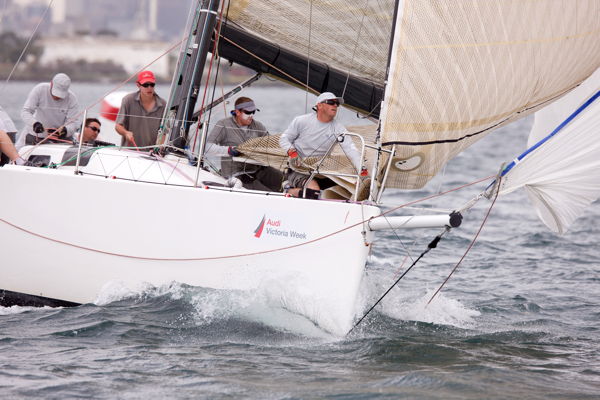 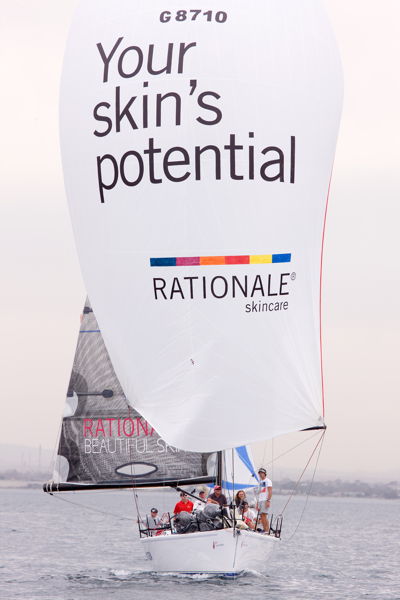 These two images are of 'Akatea', a Cookson 40 and she got the IRC win in the 2009 M2L. Apparently at the end of the day when some high 30's rolled through, they put a person in the drink... 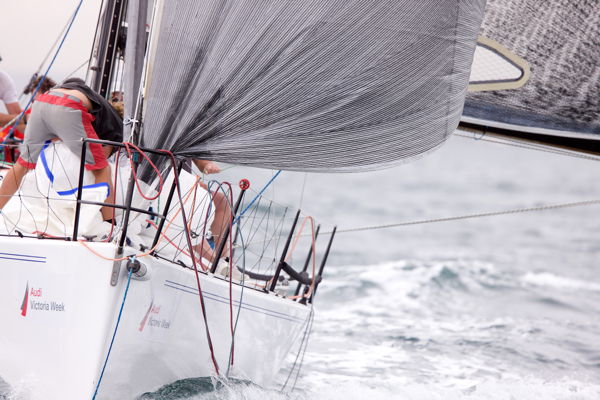 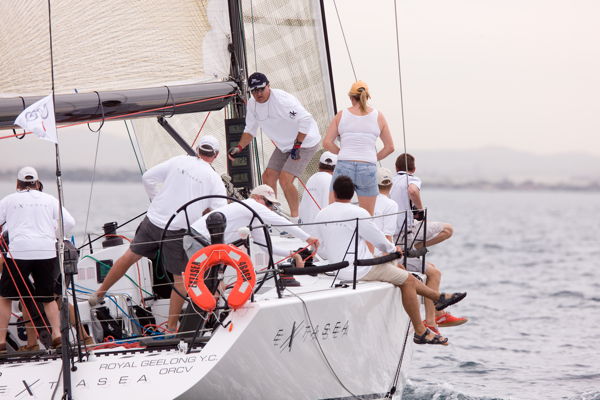 The third RGYC boat is 'Extasea' who won M2L and got the Rudder Cup as a result. 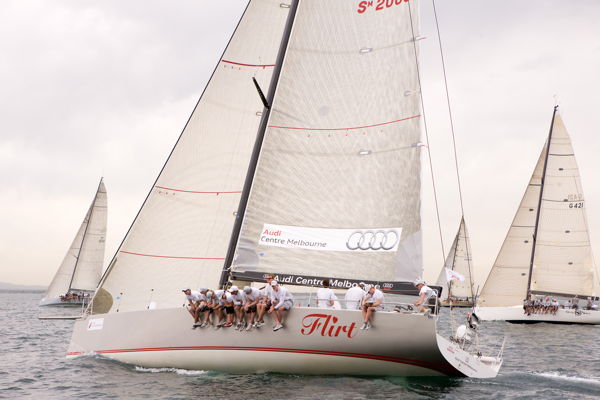 Things seem to be OK here. 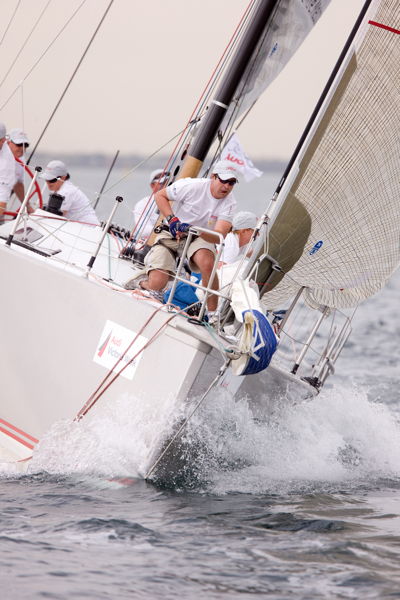 'Audi Centre Melbourne' get set to go in to the top mark... 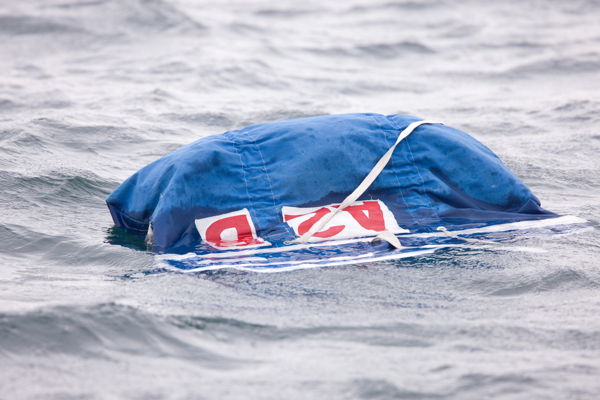 A2 - you might need that. Perfect weather for that type of Bag in the second race actually! 'Audi Centre Melbourne' disposed of this one and the media boat were kind enough to retrieve it and give it back. Very sporting of them really... Clean Ocean and all.

Day 2.5 and Passage Race pics soon enough, so come back now, ya' all. 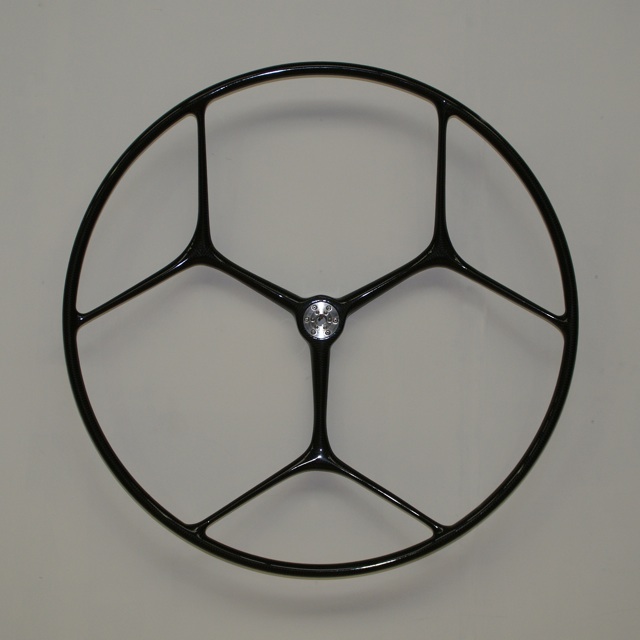