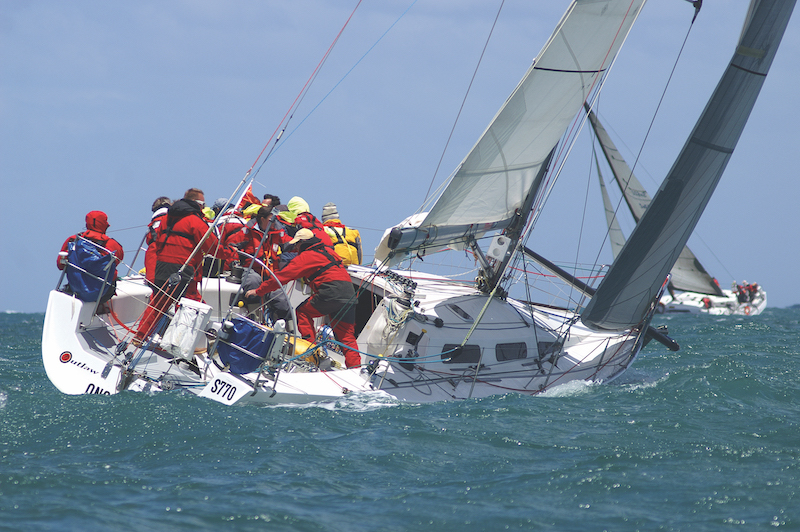 Planning for a successful Hobart race

With Winter well underway and a new season about to commence many skippers and yachties thoughts are well-tuned into the new season. Some have chosen a year off, focusing on bay racing. Others set their sights north, heading to Queensland for the various regattas, perhaps doing an ocean race on the way. Many others are focused on doing “a Hobart”.

For many that will be a Sydney to Hobart, for others a Melbourne to Hobart. They are both iconic races and offer different challenges. The Westcoaster has a long history and has the added bonus of two-handed with a few taking this opportunity to practice ready for a 2020 Sydney to Hobart. Some campaigns which lack experience and training involve a two-year program with Devonport as the destination year one and Hobart year two. Whatever the plan, a successful campaign is a long term proposition.

Sure it is possible to buy a good boat and stack it with an experienced crew and tick off getting there. But we are talking racing, basically doing your very best and finishing knowing you left nothing behind. Some people focus on a podium result, the problem is if you don’t get one then people get disappointed. We found focusing on a realistic result and trying to beat that was a more enjoyable approach and any podium result was a bonus. For us, it was knowing you sailed well together, had good tactics, made minimal mistakes and were proud of your achievements. For us it was the friendship and comradery, the lifetime bonds formed which were important. That first beer, always together as a crew, proudly wearing the team shirt, that was what it was all about.

Finding crew is tricky, realistically you need every job on the boat being able to be covered by two or more people, that includes navigation etc. Crew need to get along too, so the style of person must match the dynamics of the boat and skipper. Strong, fit, experienced, don’t get seasick, ideally with Sea and Safety Survival Certification and other qualifications, sounds easy, doesn’t it? We noticed, to attract crew and keep them, you need a long term program for them to commit to. Good crew don’t like ad hoc programs, they tend to sign up to those with a long term program.

Typically for the year ahead, the program lists all the lead-up races (ORCV ones of course and we have a good mix of them), these are used to bond and train the crew as well as shake down the gear. A typical yearly program will kick off with the King Island, a relatively short ocean race with a great destination, which is handy to test for basic skills and seasickness. A sprint race to Apollo bay, a longer Bass Strait passage to Stanley or the new shorter Coastal Sprints, they are all good testing grounds. Avoid the temptation to tough it out without watches, test them too by trying different ones. Test the 2nd Watch lead, test the navigator/tactician and of course the trimmers, helm and bow.

By the time it gets to the Stanley race over cup weekend, you should have ideally had a few training days. Everyone should know the basics of a sail change, reefing, navigation and helming. Stanley should be a serious race, a trial run for the Christmas racing. Plus, the added advantage is getting all the compliance stuff like the safety audit out of the way.

Boats don’t just magically get to the start and the finish lines. Maintenance, preparation and deliveries become the shared responsibility. For those lucky enough they can be cheque booked, for most of us, it is hard, time-consuming work. The question to our crew wasn’t “can you help” but “which days will you help”. Many owners ask for a modest contribution to costs, not only does this help the owner but we noticed that crews felt more ownership of the campaign if they contribute. Don’t underestimate the power of a branded crew shirt, it builds pride and makes people feel part of a team.

And the race itself, well that bit is up to you. It’s a great feeling to cross the start line, and an even better one to cross the finish. Live the dream, if you want to do it we will help.

If you need advice or a hand just ask us at the ORCV.