In 2006 I was very fortunate to be part of the first ORCV Ocean Race from Melbourne to Vanuatu.  The preparation, the race and the shore time spent in Vanuatu with the locals and the crew will remain in my fondest memories forever.  Many boat owners, crews and their families contributed to a variety of items which were all sent in a container ahead of the boats for that first race.  I did not contribute anything at the time and regretted it immediately we cleared customs after the long race.

The people of Vanuatu are totally unforgettable.  We left the country envious of their unfailing optimism and seemingly unending happiness with their ‘lot in life’.  They simply never stop smiling.

Returning to Vanuatu in 2014, this time not to race but to be bring TryBooking back to Australia we, as a crew, were determined to pack into the ORCV container heading over, some gifts for a group of school children and their teachers which we planned to hand deliver prior to sailing away back to Australia.  We each decided on different items which we would gather.  I put together things that had meant something to me which I would be happy to give knowing they would be left there in my favourite country.  These included some large pieces of quality material that my mother had gathered on her many travels during her lifetime which I had kept after her death, some soft toys that my now grown up sons used to love, items of my own clothing, about two dozen tennis balls from the Australian Open which had been used by the players and finally a lifesize Koala hand puppet which had been given to me by my husband 25 years ago.  In addition, we were tasked with distributing several other boxes that had been sent over in the container which included reading books, writing pads, diaries, pens, pencils, folders, clothing, make-up, soft toys, toothbrush and toothpaste kits, shampoos and soaps.

We flew in to Port Vila and it didn’t take us long to start enquiring about the primary schools where we could leave our gifts.  We decided that we would sail to the north to a primary school which was not far from the water in Port Havannah.  We arrived in Port Havannah on a Saturday morning and went ashore to find the local village chief, Chief Andrew, who encouraged us to come back on a Monday when the primary school would be open.  After cruising a number of islands around Port Havannah, we returned, anchored and after several trips in our dinghy, the shore party transported numerous boxes ashore.

We found that all the children were at school playing in the yard but there were no teachers.  Chief Andrew, who greeted us as arranged, told us that the principal had slept in and the other teachers were running late!  I already had my koala (Nelson we named him after a friendly local from Lelepa Island who rowed out to sell us bananas a few days earlier) cradled into my arm with my hand working his face and paws.  The looks on the children’s faces as they tried to work out how we had brought a real koala with us was priceless. Even after patting him they didn’t seem sure if he was real or not.

The teachers soon turned up and after lining all the children up they sang to us a very uplifting song which we captured on video.  The boxes we had brought were opened and they were then free to gather what they wanted.  The young boys went off bouncing and throwing the tennis balls and came running back to tell us that they were “really high bouncing ones”.  Some of the others picked the soft toys and even the teachers (both women) started going through the material and clothing. At the end of our short visit I handed “Nelson” over to one of the teachers so that he may perhaps be used as a teaching aid in some way. Anyway I was sure he would love his new life in Vanuatu whatever he ended up doing.

As a thank-you, the children sang us the following song: 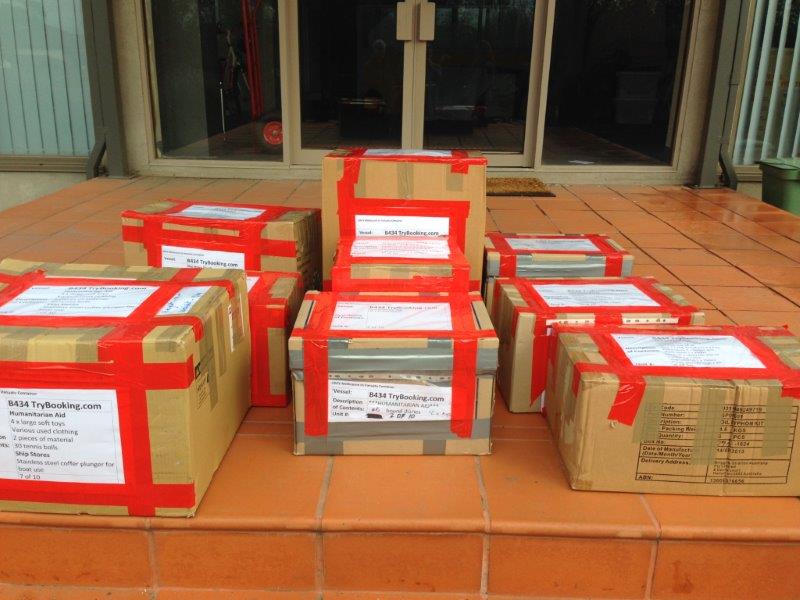 Humanitarian Aid, boxed up and ready for the Container 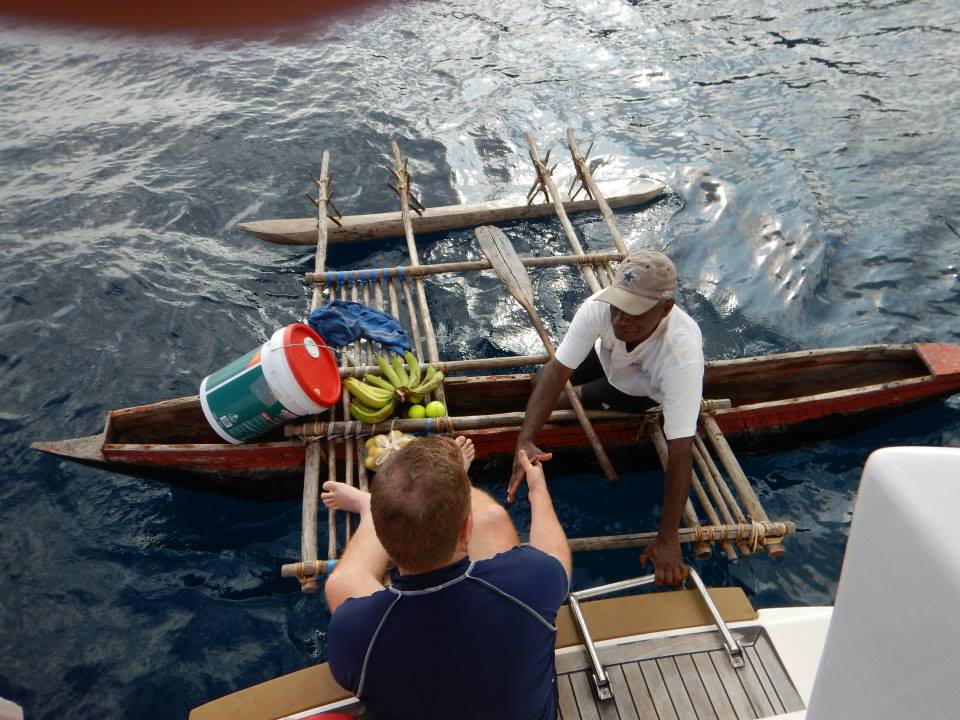 Nelson from Lelepa Island, who rowed out to offer us some fresh fruit. 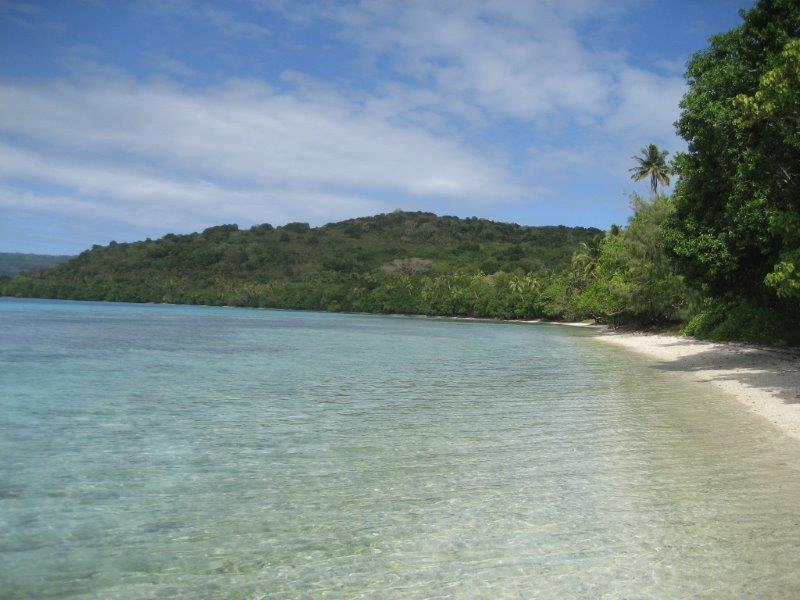 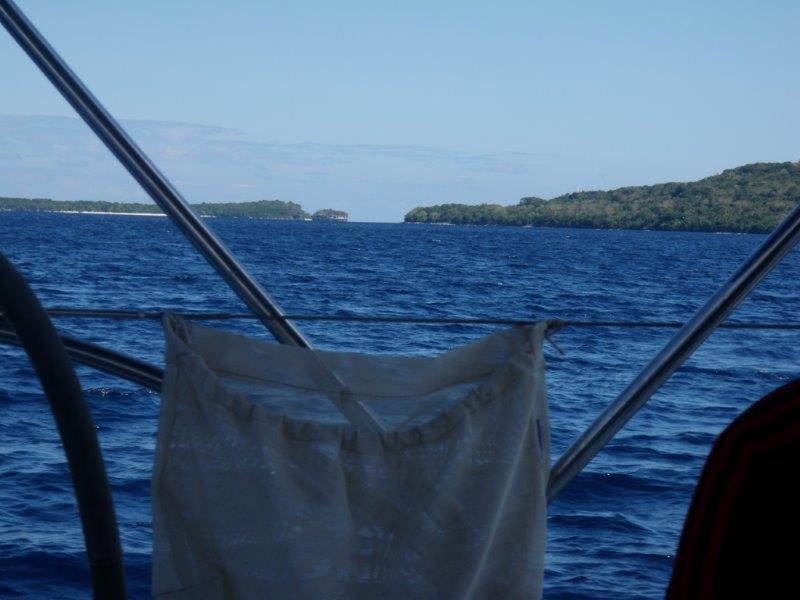 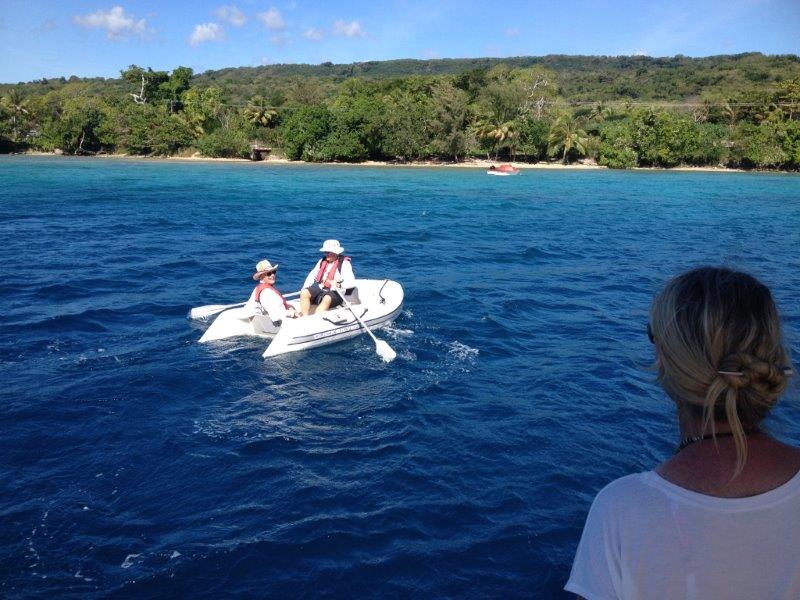 Shore party investigate, including offering to local Chief for permission to anchor in his village's harbour 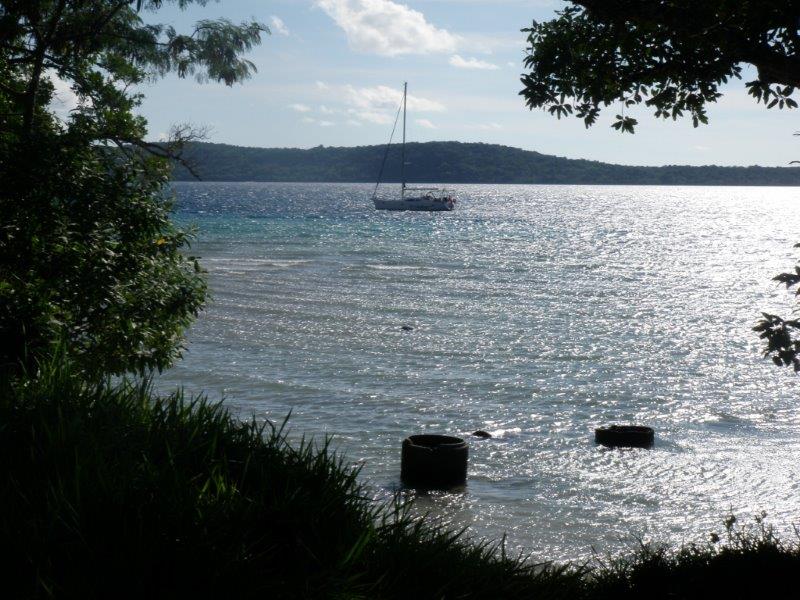 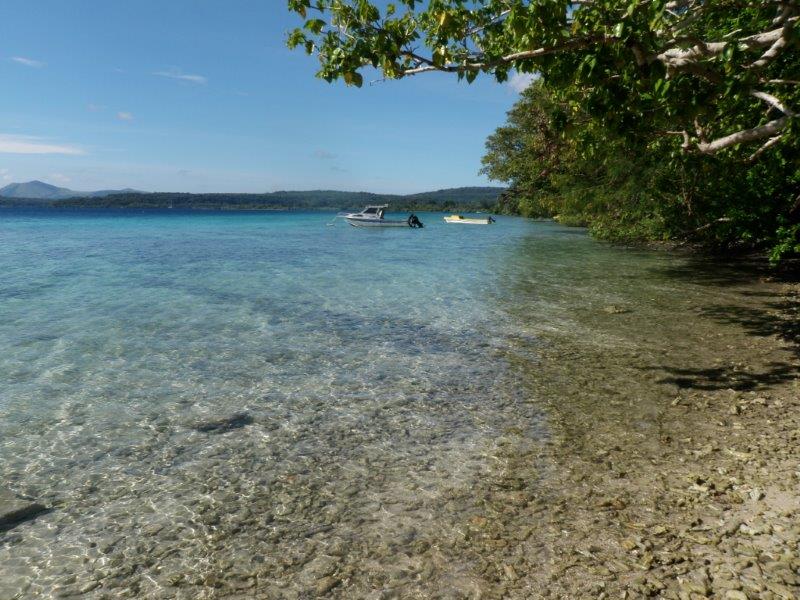 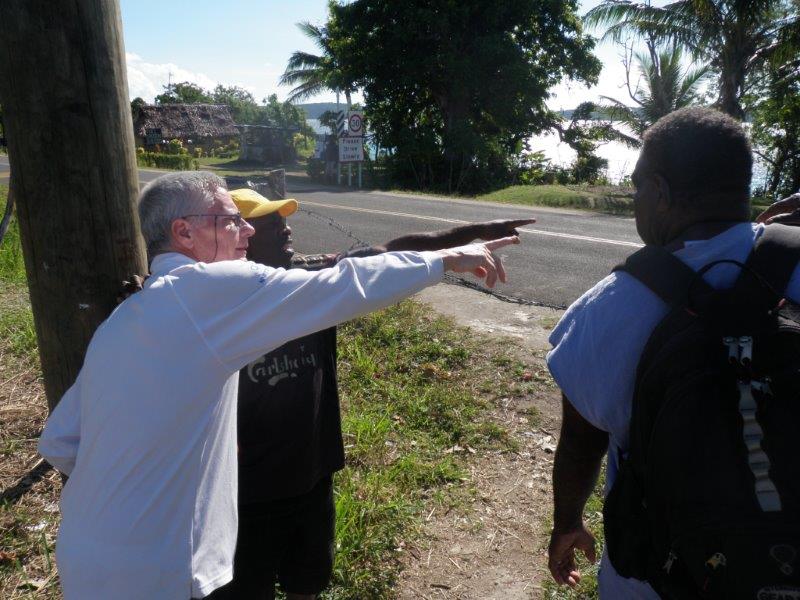 The Chief lives over there.  Ray, one of the locals, was wearing an ORCV Melbourne to Hobart Westcoaster cap that another visiting yacht had given to him. 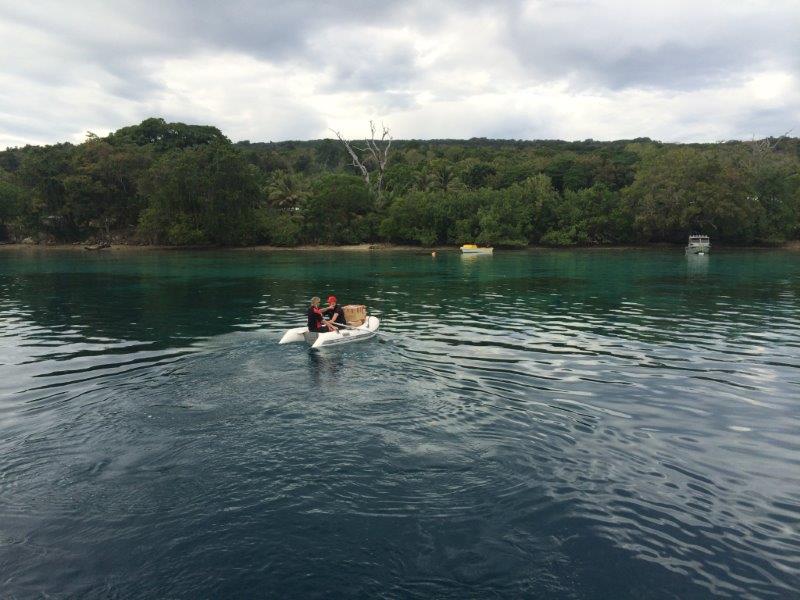 One of a few trips to take Humanitarian Aid ashore. 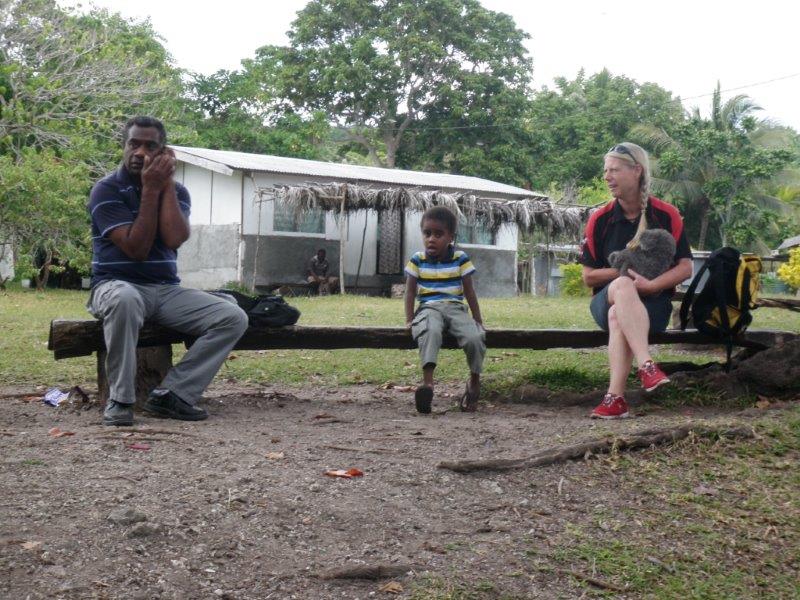 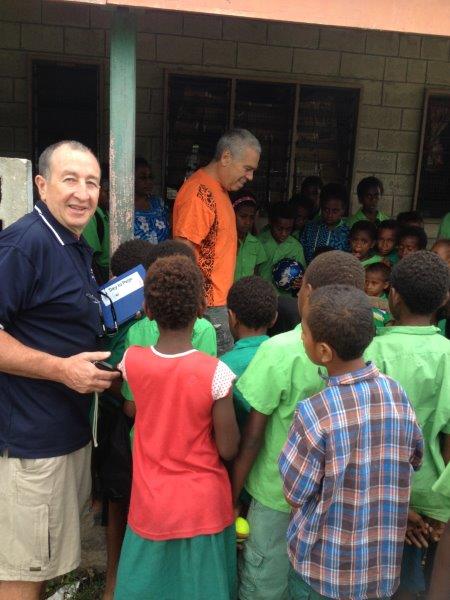 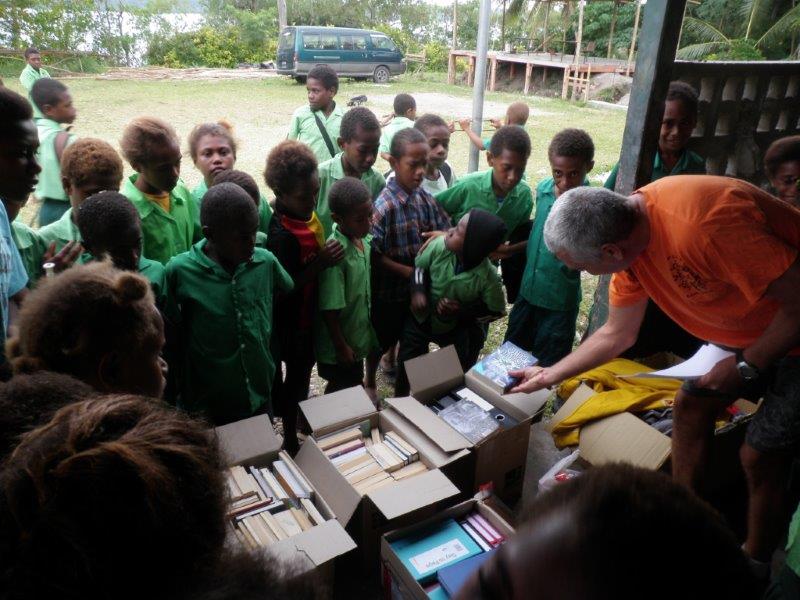 Port Havannah Primary School.  An ex-pat from the USA, who's teaching at the school for 2 years, looking through the reading books. 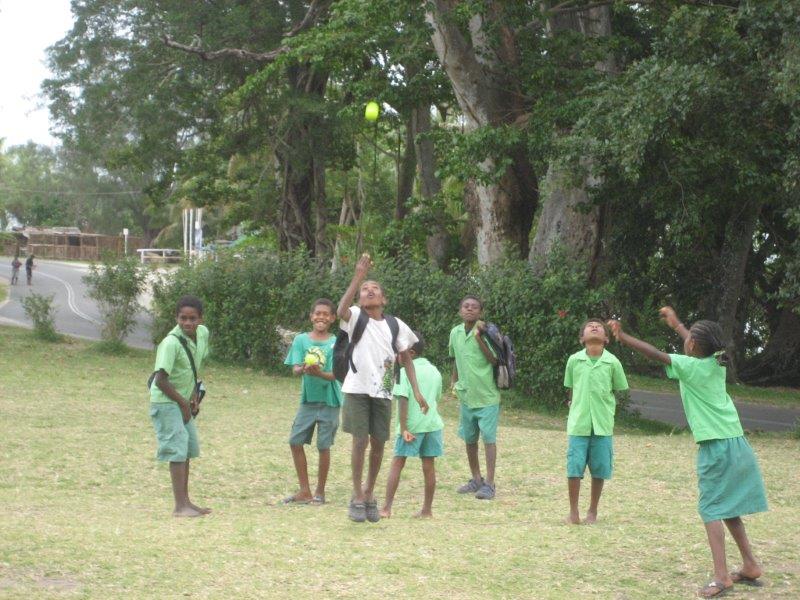 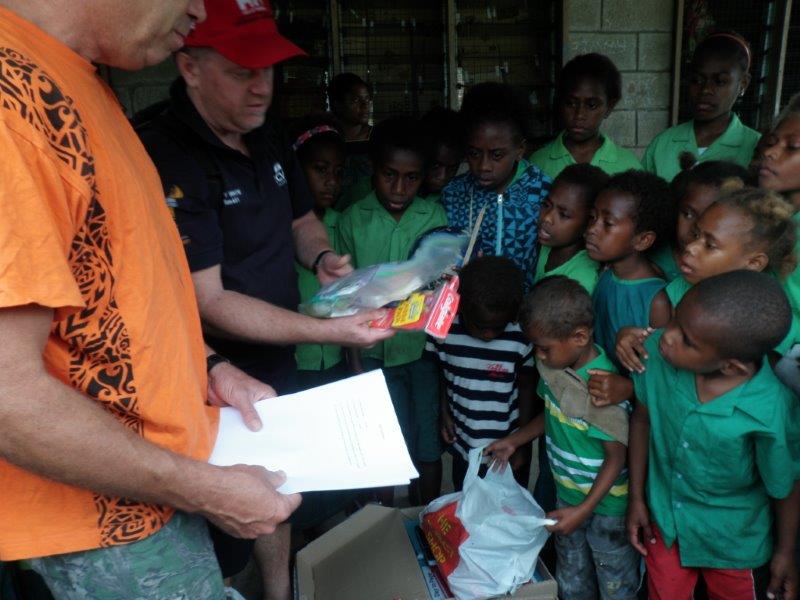 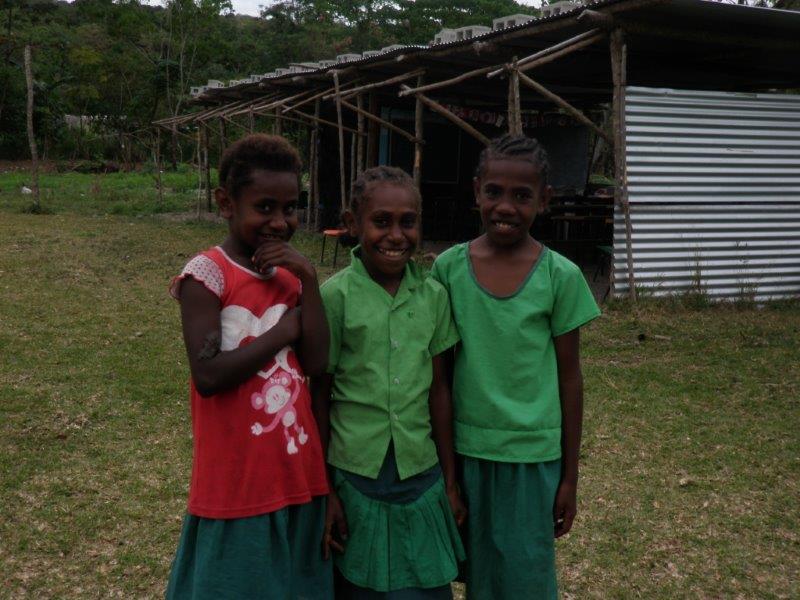 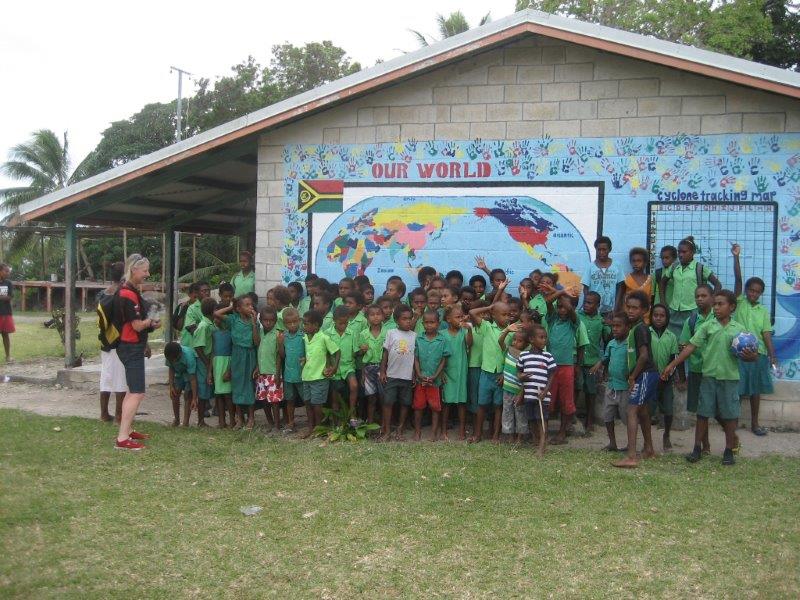 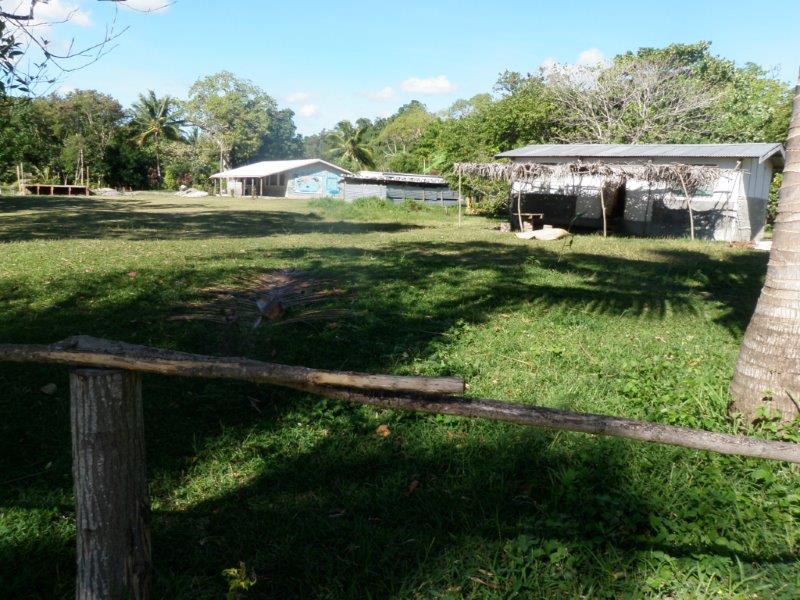 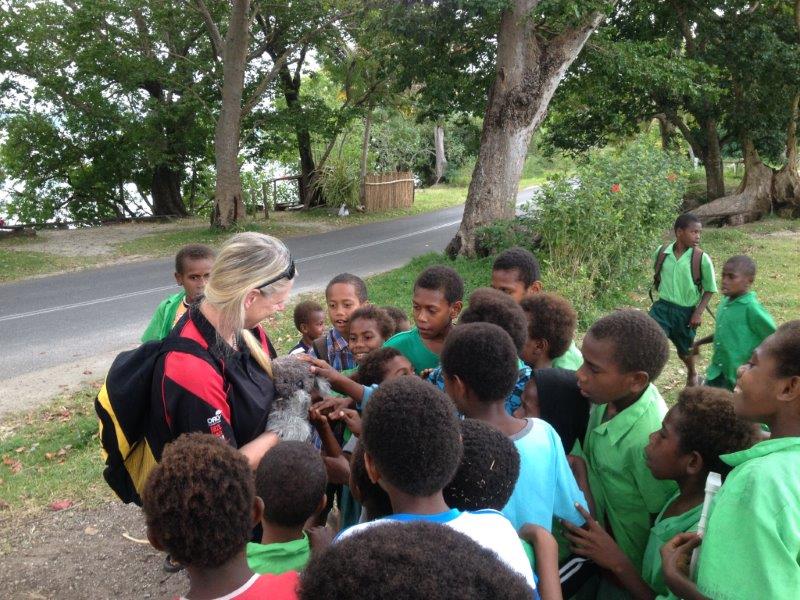 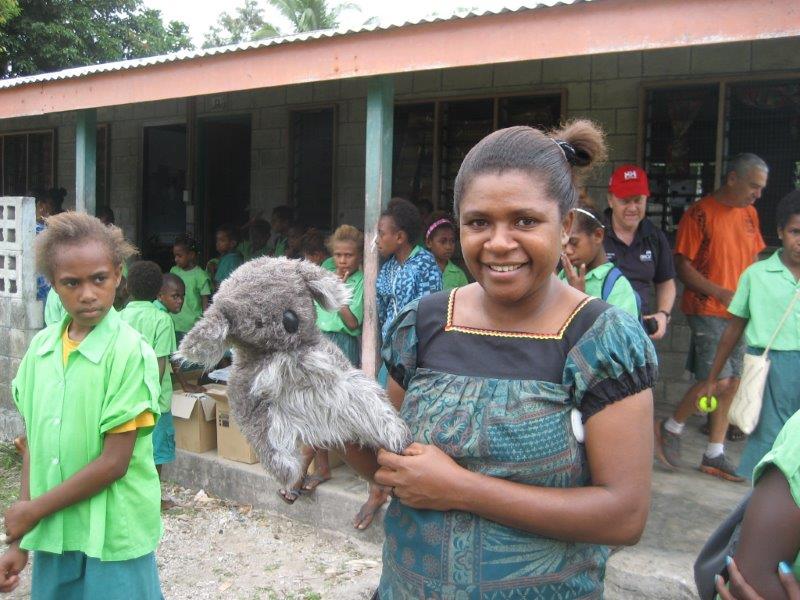 Koala puppet "Nelson" with one of the teachers.