We've seen him before. Chris Furey, that is. Anyway, thanks to Chris, we have some great pics of this temperature inversion that afflicted the top of Port Phillip for the last round of the Club Marine Series for 2009/10.

Here are a few shots taken in the heat of battle on Saturday. It started off a bit dull with heavy cloud, so not great for photos at first. When the sun finally broke through, during the second beat, the light was a fantastic contrast to the dark clouds, as some of these images show.

It’s all over for another year. Well done to you and Steb on the great coverage. I have been thrilled to contribute in a small way with on-board images.

We’ll see you for the ORCV Winter Series!

Cheers and thank you Chris for everything and most importantly, the segue. The ORCV Committee are delighted you got something from it all. We look forward to seeing you and the Love Boat out on the start line and for the annual (approved) MWS flare shoot on the morning of 4/7/10 (The Melbourne Winter Series NOR will be available from HERE soon enough and remember, the MWS includes the hilariously good fun, Melbourne to Geelong. Ask anyone who was there last year.) 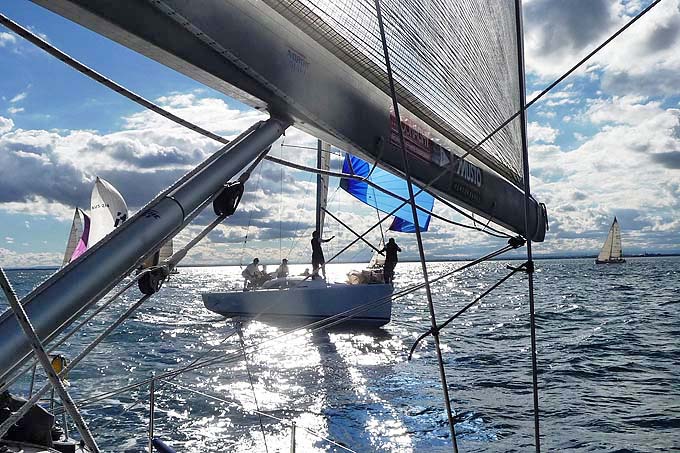 What a great shot and he got their McConaghy Melbourne Offshore Championship sticker in. 10 times bonus points!!!

Wish I had been there, really... 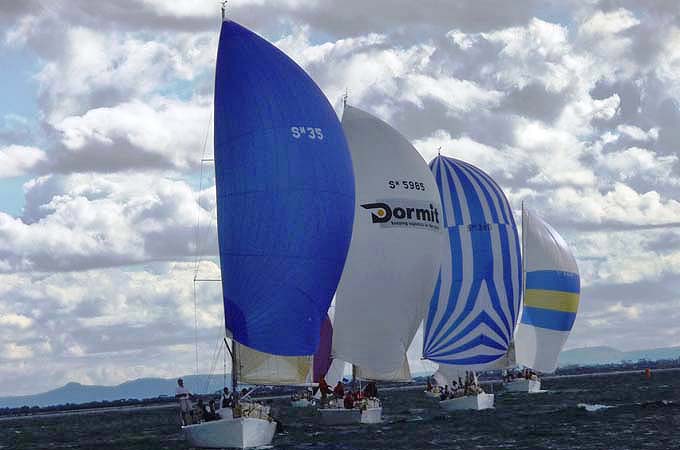 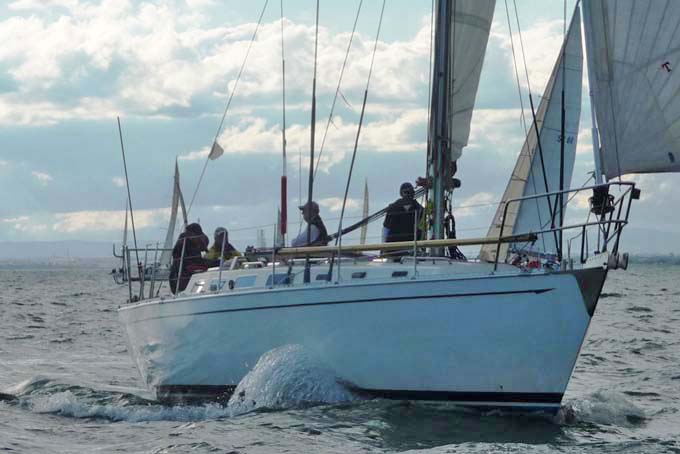 A bow wave there? This is Ingara. 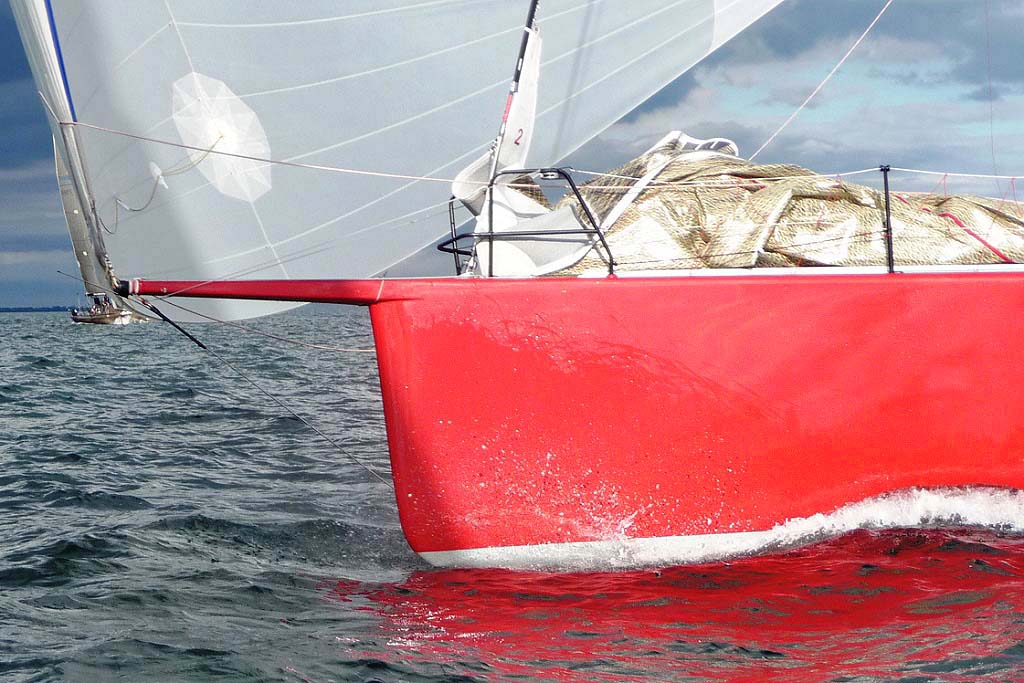 Seems the Steb (Bow wave shot), is catching on. Here's the Runner... 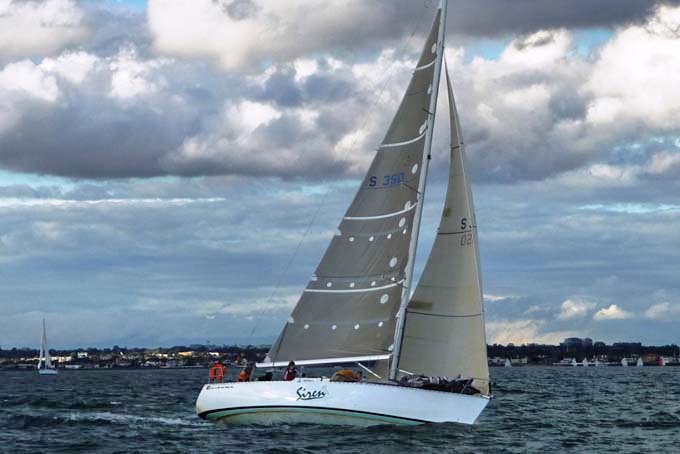 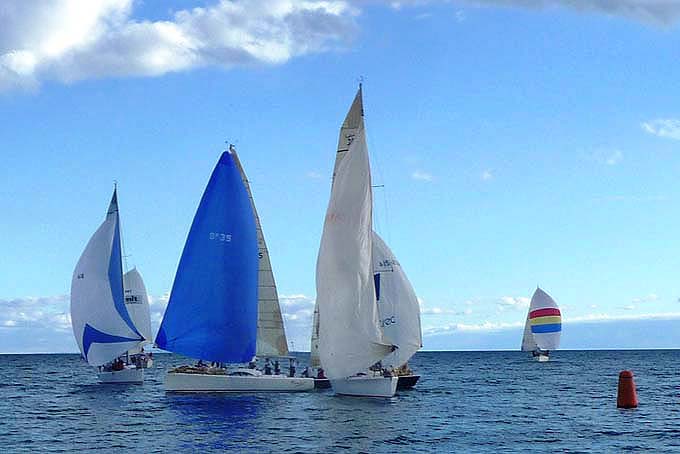 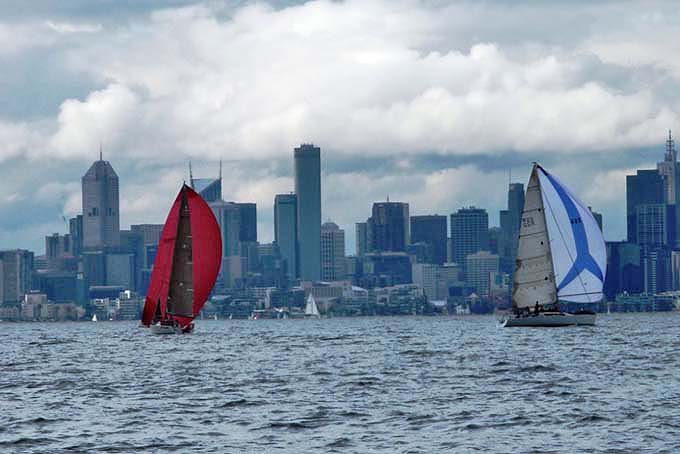 Sportscar on the left and Bombora, right. 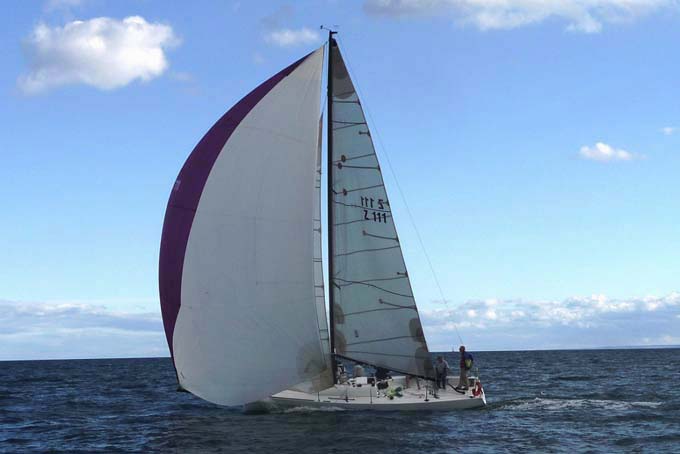 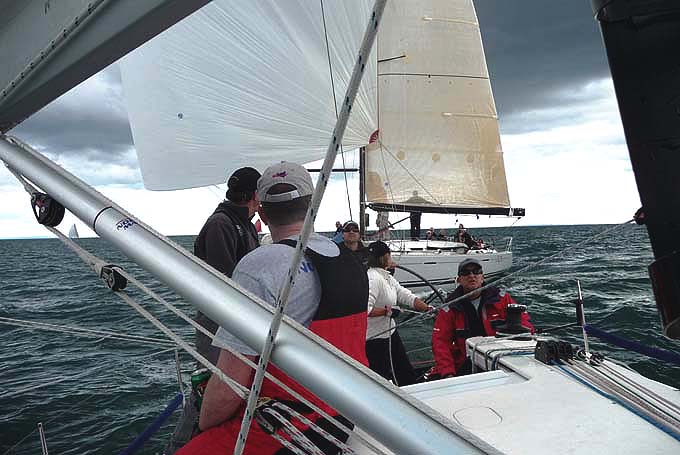 B45 (either Reverie or Ikon - Schuss has a URL on the boom) goes behind the 35 footer, Nutcracker, on the run. Hhhhmmmm.

Apparently, it was Ikon and they were still astern at the leeward mark on the first lap! 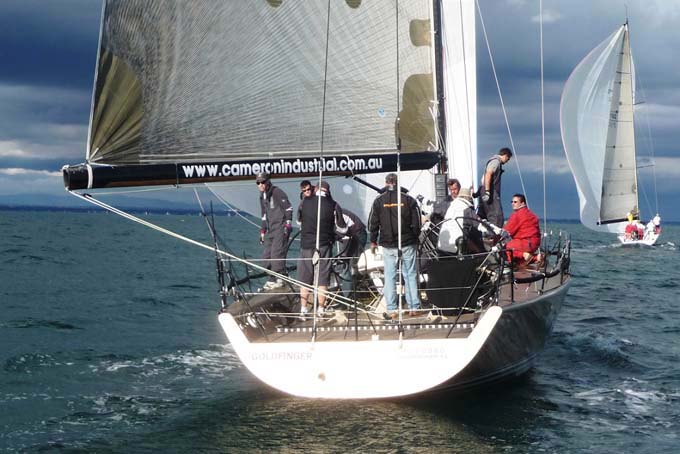 Interesting location for the sun. In the shot above, I'm talking about a URL like this, BTW. This one is Peter Blake's commercial and industrial real estate agency, Camerons. 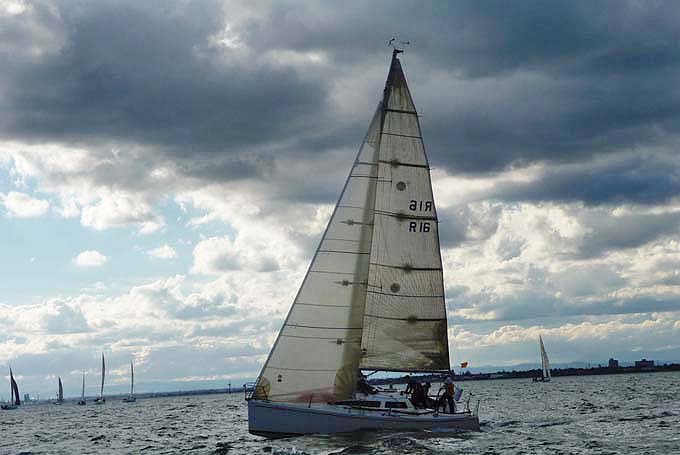 Peter Abraham's Empara and those clouds, as they finish the Div 2 race. 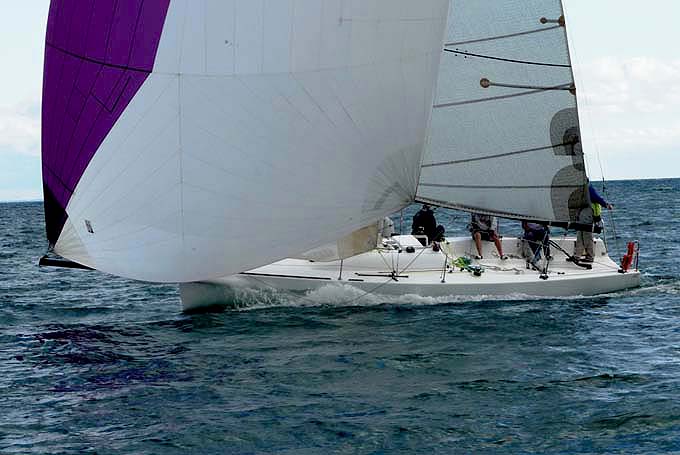 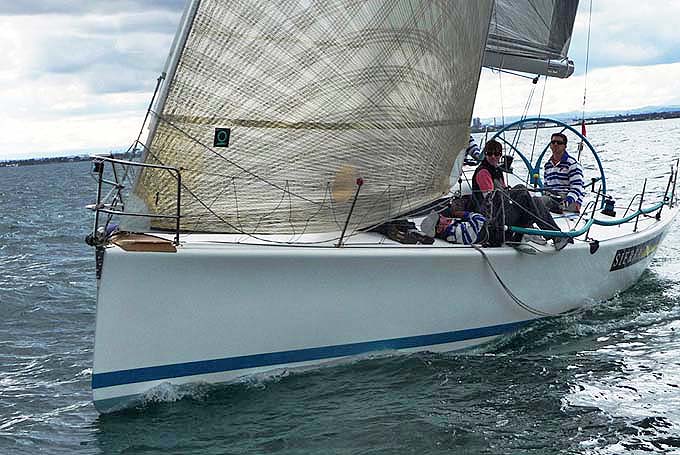 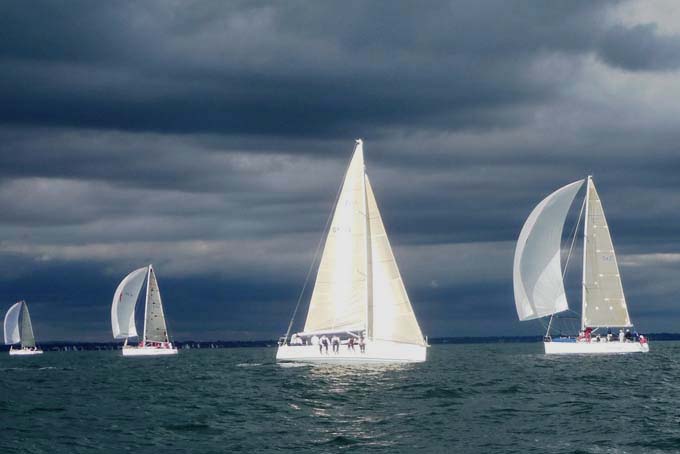 How's this? Awesome clouds and bright shimmering light off the sails!

You can also read the other Club Marine Series, Day Seven pieces:

Champagne for some... HERE and

On your bike... HERE and

Catch you all soon. We have more treats.