No. Not the hero pic. Below is a little bit like the worm that wiggles across the screen during a political debate - it goes up, down and around about. The wind strength and direction, that is - see for yourself. Couple of deathly patches, including that beauty at 1100hrs, as racing should have got underway... Now unlike a debate, you don't have to wait to see the results that count - just read on. 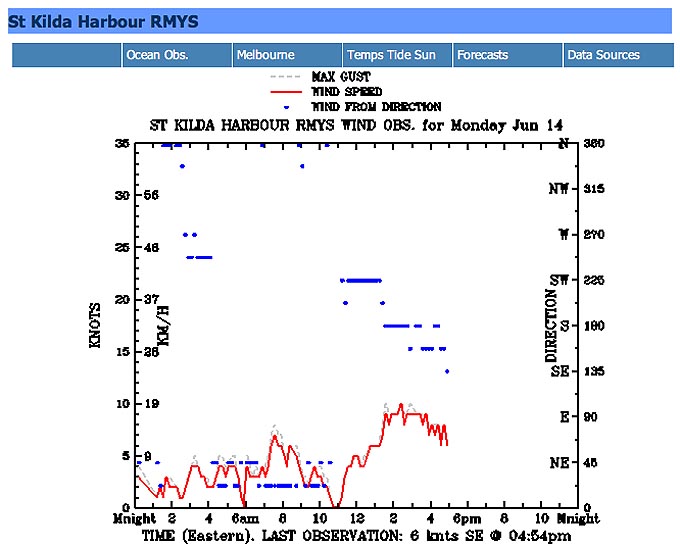 If you need to catch up on the AWKR thread, it is here with What will you get?, Reasons to be cheerful and there is also Child's Play. 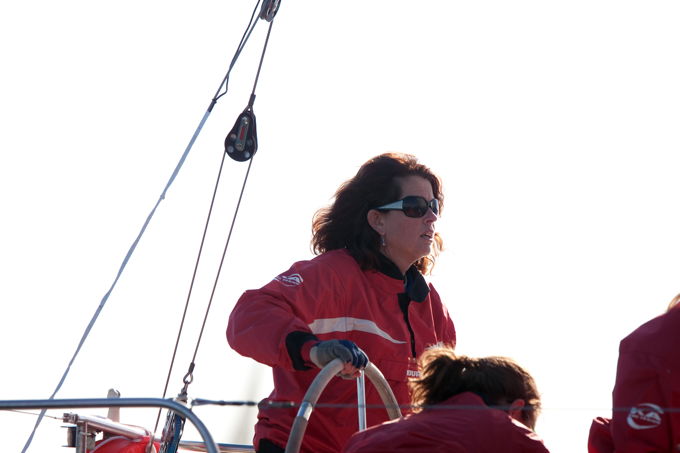 Now for the hero pic - This is Pauline Cleaver aboard Mr(s) Bojangles during BLISS recently. At the time, I nominated it as the second poster shot for women in sailing. Robyn Brooke reminded me of just as much this morning - thanks. You can see all the BLISS, HERE. Image © and courtesy of Steb Fisher.

Amanda Wakeham, AWKR Race Officer, said to me on the Sunday, "I just couldn't believe it. It came in nicely and we got Race 6 done."

Tigris was OCS in the last race of the AWKR, but one source felt they got the gun at the other end. Nice work team. Hyperactive also placed well, my on-the-water source commented. So, then, if you were too busy with the vino at presentations last night (Monday 14/06/10) to hear the results, here we go with some details.

IRC - First was Espresso,  then Nouannie and Top Gun. Mood Indigo missed out on a place on corrected time by 11 seconds, but not a mention, because I just took care of that.

AMS - Nouannie got the Gold, Espresso the Silver and Hyperactive, Bronze. Our poster girl from above, aboard Mr(s) Bojangles, Pauline Cleaver, was in eighth.

PHS - Masumi won, Spirit of Freya got second, Outlaw, with Mrs Judge in the crew, got third. I want to mention Reckless in tenth, so Patricia doesn't beat me up - if she ever gets to put my face to my name.

So you don't have to be a genius to see that the names in that lot are pretty much the regulars and also that we predicted it correctly on the Sunday. Most importanly, it is just great to see just how many times Tanya Stanford, Lennie Beattie, Kate Brown and Michelle Horton from Nouannie got a guernesy, so that is bound to have an impact on the final calculations, below. Also simply fantastic to see that Nouannie is already signed up for the Melbourne Winter Series. Not sure if you'll want your token male, Andre Spur, back onboard after your results, however...(They are having two guys now for MWS, Tanya had already informed me). Anyway, if you other ladies would like to join them, you can! NOR and online entry are HERE.

Also really good to see on the PHS list, names like Masumi, Outlaw and Spirit of Freya. The latter means our Sally Williams will be have a smile on the dial. Call the ORCV office and find out!

IRC - Top Gun was the winner, Espresso the little S80 (punching well above her weight against the slicker rivals) and then Salamander III.

AMS - Top Gun goes for Gold, then Hyperactive, with Nouannie and Salamander III tied for 3rd on points (I think Nouannie got it on a countback). Espresso was just outside by a point - Doh, doh, doh - doh!

PHS - First was Nouannie, then Outlaw and third Spirit of Freya. Chikarachicks, Tigris and Masumi all made a late charge at the board, but were not able to close the gap enough and missed out by a few points.

So it's a truly magnificent effort by Connor Burdon-Bear and crew aboard Top Gun (the late Joe Adams would be pleased). I think this is not the first time they or the boat have swept the pool. Anyway, cheers - you must be stoked! Hyperactive can be well pleased with their result before heading O/S. Nouannie have had some more of their fifteen minutes just above and it is great to see Maureen Dickins and the crew of Outlaw (with Mrs Judge part of the gang) get the Silver. Bronze is Jo Harpur and crew from Spirit of Freya. Jo bought the boat not that long ago, did the Melbourne Latitude Series (HERE and HERE) last year and has been a regular participant out in the big blue ever since. Thank you for going and sticking your nose in it (Bass Strait, that is). 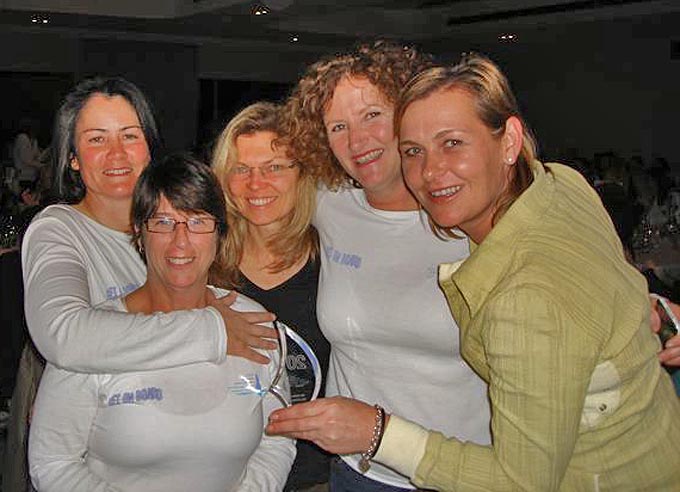